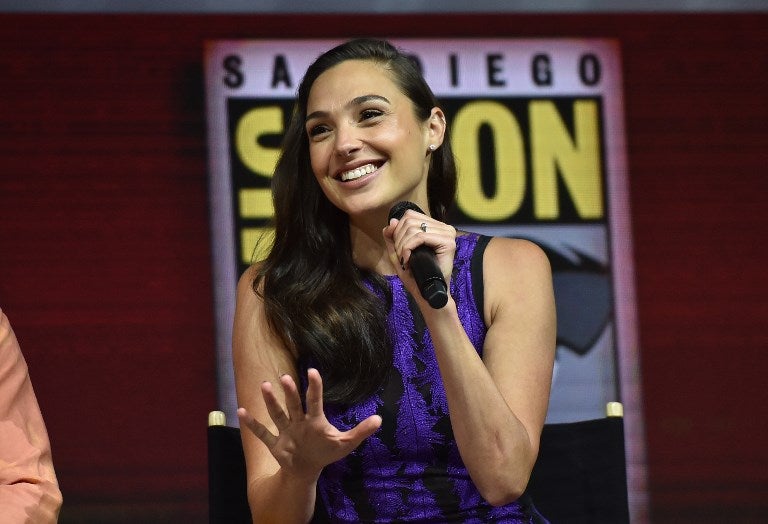 SAN DIEGO, United States — “Wonder Woman 1984” is only three and a half weeks into production, but that didn’t stop star Gal Gadot and director Patty Jenkins from bringing some footage to Comic-Con.

Audiences in the comic book convention’s Hall H on Saturday got an early look at a scene where Diana Prince saves a young girl from some bad guys in their Miami Vice-finest in a very ’80s-looking mall. 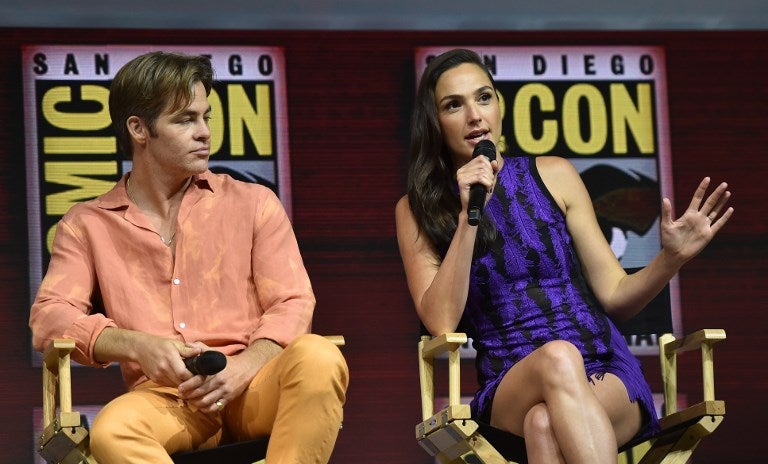 Chris Pine and Gal Gadot at the Comic Con in San Diego. AFP

The clip played Saturday came in a stuffed presentation by Warner Bros. that included footage from two other DC Comics films, “Aquaman” and “Shazam!” The Wonder Woman and Aquaman characters are key characters in DC’s Justice League franchise, the superhero supergroup that is meant to be the studio’s answer to Marvel’s “Avengers.”

The first “Wonder Woman” film was a cultural and financial blockbuster, earning more than $800 million globally. It also became the most successful live-action film directed by a woman.

Jenkins explained Saturday why she set the movie in the 1980s.

“It was mankind at its best and worst,” she said. “We see Wonder Woman in a period of time that is us at our most extreme…We thought it could go on forever, everything we were doing right then.”

Chris Pine also joined Gadot and Jenkins on stage, but all stayed mum about how and why his character Steve Trevor is back considering his fate in the first movie.

“I am actually not really here right now,” Pine said. “I am just an aura of emotional support for my friends.”

Jenkins did say, however, that his presence is a “very important part” of the movie and that audiences will have to see it in November 2019 to find out why. /cbb