Robin Williams speaks for himself in new HBO documentary 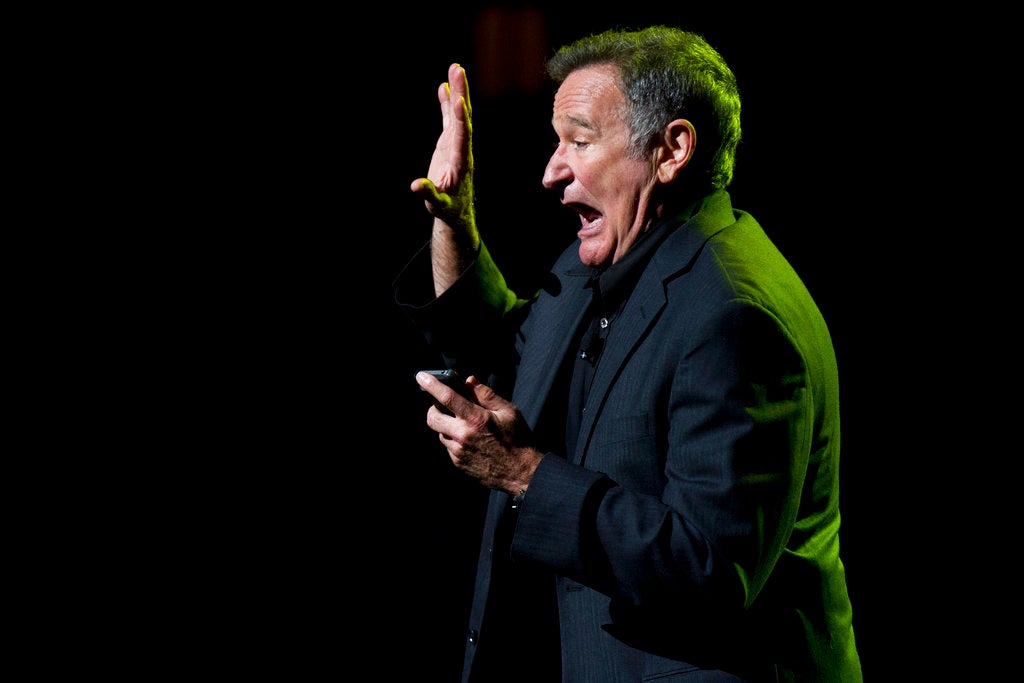 In this Nov. 8, 2012 file photo, Robin Williams performs at the 6th Annual Stand Up For Heroes benefit concert for injured service members and veterans in New York. A new documentary on Williams tells the late comedian’s story mostly using his voice. The documentary, which includes interviews with David Letterman and Billy Crystal, premiered Monday, July 16, 2018, on HBO and is available on its streaming service, HBO Now. Image: Charles Sykes/Invision/AP, File

NEW YORK (AP) — When filmmaker Marina Zenovich sought to make a documentary about Robin Williams, she found that she could do it largely in the late comedian’s own voice.

“Robin Williams: Come Inside My Mind,” uses a wealth of archival footage to put viewers inside his thought process — mirroring a routine Williams used as an up-and-coming comic in the 1970s.

The film, which includes interviews with David Letterman and Billy Crystal, premiered Monday on HBO and is available on its streaming service, HBO Now. Friends and relatives, including Williams’ son Zak, also share memories.

“I get sad when I think about Billy and Robin because when I interviewed him (Crystal) you could really feel a sense of loss,” the filmmaker said. “I love the line in the movie when he says, ‘Everyone wanted something from him. I had no agenda. I just liked him.”

The documentary is intended to celebrate the artist, Zenovich said, and her team “handcrafted” the project with love. It was often difficult to choose among the hundreds of clips and routines.

“What’s so great is hearing people say the film is so inspiring. It’s so joyful. And I don’t know, it touches on something deep. I mean, it’s about so many things. It’s about fame, the effects of fame. It’s about talent and kind of someone with an amazing talent, watching his trajectory.”

Zenovich said she wants people to have a greater understanding of Williams and what he tried to do “and how generous he was and what a great mind he had.”

Williams suffered from dementia caused by Lewy body disease and killed himself in August 2014 at age 63. Williams received four Academy Award nominations and won for 1997’s “Good Will Hunting.”