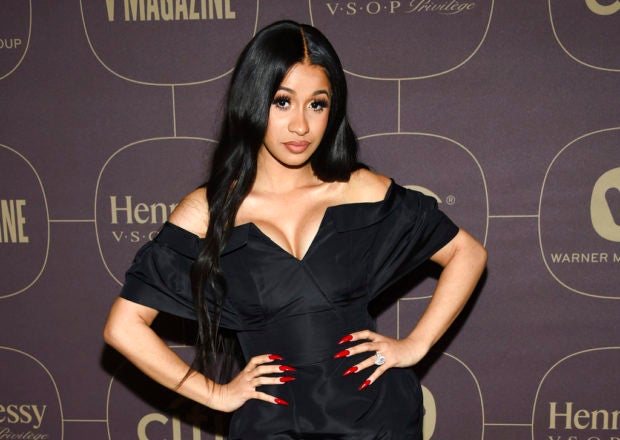 NEW YORK — The year of Cardi B continues — this time with 10 MTV Video Music Award nominations.

MTV announced Monday that the white-hot rapper is the most nominated act at this year’s show, which returns to New York City’s Radio City Music Hall on Aug. 20.

Five of Cardi B’s nominations are thanks to her collaboration with Bruno Mars on the upbeat anthem, “Finesse (Remix).” The song’s video, inspired by ’90s sketch comedy series “In Living Color,” will compete for video of the year along with Childish Gambino’s “This Is America,” Drake’s “God’s Plan,” Beyonce and Jay-Z’s “Apesh*t,” Camila Cabello’s “Havana” and Ariana Grande’s “No Tears Left to Cry.”

Beyonce and Jay-Z — who recently released a collaborative album as The Carters — are nominated for eight awards with “Apesh*t,” which was filmed at the Louvre museum in Paris.

Gambino’s “This Is America,” which tackles racism and gun violence, earned him seven nominations. Drake, who gave away $1 million dollars to Miami residents in his “God’s Plan” clip, also scored seven nods.

Mars, who has six nominations, is up for artist of the year alongside Cardi B, Drake, Post Malone, Cabello and Grande.

Taylor Swift was shut out of the major categories, but did nab three nominations for technical awards: Her No. 1 hit, “Look What You Made Me Do,” is up for best art direction, best visual effects and best editing.

Justin Timberlake, whose “Man of the Woods” album has underperformed, earned nominations for best direction (“Say Something” with Chris Stapleton) and best choreography (“Filthy”).

Cardi B gave birth to her first child last week and recently became the first female rapper to have two No. 1 hits on Billboard’s Hot 100 chart. Her other nominations include best new artist, best hip-hop video for “Bartier Cardi” and best Latin video for “Dinero” with Jennifer Lopez and DJ Khaled.

The best Latin category comes a year after MTV didn’t nominate “Despacito,” last year’s biggest hit by Luis Fonsi and Daddy Yankee, for any of its main awards. It caused an outcry and even led actor John Leguizamo to write an editorial for Billboard about Latinos being underrepresented in not just music, but film and TV.

MTV did nominate the Justin Bieber-assisted “Despacito” remix for its song of summer award, which was announced weeks after the network revealed its nominees in other categories. MTV last presented a Latin award at its 2013 show.

Avicii, who died in April, earned nominations for best dance and best visual effects for “Lonely Together,” which features Rita Ora. MKH

MTV VMAs will return to New York in August