Television Academy: Thumbs down on the latest reboots | Inquirer Entertainment

Television Academy: Thumbs down on the latest reboots 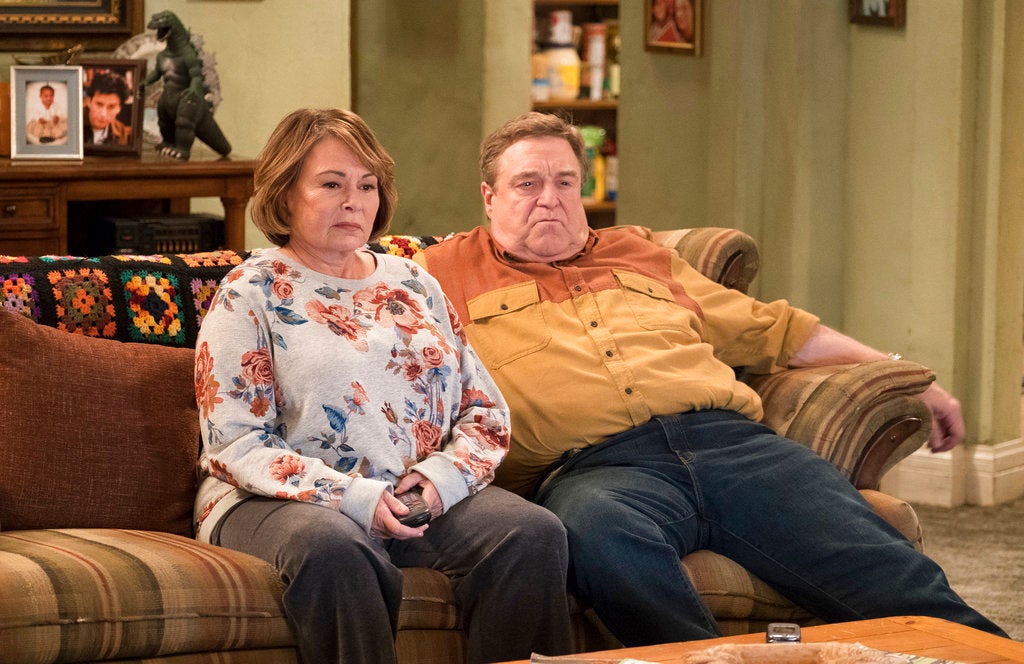 In this image released by ABC, Roseanne Barr, left, and John Goodman appear in a scene from the reboot of “Roseanne.” EST. Image: Adam Rose/ABC via AP

NEW YORK (AP) — Television executives and many viewers love the idea of reviving series and ideas from the past. Emmy voters? Not so much.

“Roseanne” quickly became television’s top-rated comedy upon its return, until ABC pulled the plug following star Roseanne Barr’s racist tweet. The series was not among the eight comedies nominated for an Emmy on Thursday, however. Laurie Metcalf earned a supporting actress nod, but Barr and Conner family patriarch John Goodman were ignored.

Similarly, NBC’s “Will & Grace” reboot didn’t earn a comedy nomination despite solid reviews. Of the four main stars, only Megan Mullally has the chance to bring home some hardware from the September show. Sean Hayes’ absence was a particular surprise.

Popularity doesn’t indicate much with the television academy, anyway. “Young Sheldon,” a spinoff of CBS’ popular “The Big Bang Theory,” got no Emmy love, either. “The Walking Dead” got little respect from the Emmys when it was a sensation; still popular but fading, the show still isn’t recognized.

Being a returning series — as opposed to something shiny, new or streaming — seemed to hurt “Twin Peaks.” The Showtime reboot won’t compete in the limited series category. Actor Kyle MacLachlan similarly did not earn an actor’s nomination.

“Game of Thrones” and “The Handmaid’s Tale” were no surprises with big nomination hauls in the drama categories. Although “Game of Thrones” actors Nikolaj Coster-Waldau, Peter Dinklage and Lena Headey will compete for supporting actor trophies, the Emmys stubbornly refuse to consider the show’s stars for the top acting trophies, probably because it’s in the fantasy realm, said Tom O’Neil, editor of the awards handicapping web site Gold Derby.

“For the lead roles, they want pretension and ‘Game of Thrones’ doesn’t deliver that,” O’Neil said.

In the major categories, both HBO’s hitman comedy “Barry” and the drama “Westworld” overperformed in terms of expected nominations, setting up some spirited competition, O’Neil said. For example, many critics anticipated “Atlanta” and “The Marvelous Mrs. Maisel” would be the top contenders for best comedy, but “Barry” can’t be counted out, he said.

Mandy Moore of “This is Us” and Al Pacino, who portrayed the late Penn State football coach Joe Paterno in an HBO movie, were other actors whose absence from the nominations can be characterized as a surprise.

“Tonight” show host Jimmy Fallon struck out as a nominee, perhaps because of a long-held belief that he went too easy on Donald Trump during a 2016 campaign interview. He’s been snubbed before; Fallon was nominated in 2015 and didn’t win.

Some Trump-unfriendly talk show hosts — Stephen Colbert, Trevor Noah and Jimmy Kimmel — were nominated, as was Samantha Bee of TBS’ “Full Frontal.” She attracted heat this spring for a lewd comment about Ivanka Trump.

Just to show that not all comics who aggressively go after the president were recognized — or maybe that the genre has gotten so large — HBO’s Bill Maher and NBC’s Seth Meyers were left out.

Last month Entertainment Weekly posed the question: “Why do the Emmys keep snubbing Jeff Probst?” No answer, but the “Survivor” host was again among the missing when nominations for reality show host were issued Thursday. So was the CBS show itself, arguably the granddaddy of the genre and still popular among viewers.

Count “American Idol,” now on ABC, as another one of television’s reboots sniffed at by the television academy. NVG

Emmy diversity gets a boost from Ricky Martin, Issa Rae