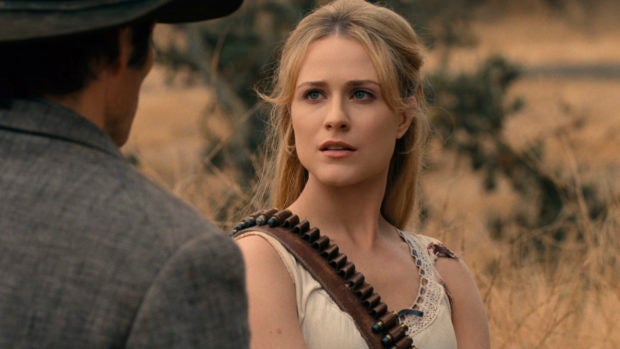 This image released by HBO shows Evan Rachel Wood in a scene from “Westworld”. Wood was nominated Thursday for an Emmy for outstanding lead actress in a drama series. The 70th Emmy Awards will be held on Monday, Sept. 17. Image: HBO via AP

It was a deep year of nominations for minority performers, who accounted for over one-third of Thursday’s acting nominees. In three Emmy categories, minority actors account for more than half the nominees: supporting actor in a limited series or movie, guest actor in a comedy series and guest actress in a drama series.

Only one acting category, supporting actor in a drama series, had all-white nominees. The minority nominations included an historic nod for Sandra Oh, who became the first nominee of Asian descent in the leading actress in a drama series for her role in the BBC America series “Killing Eve”.

”I share this moment with my community,” Oh said in a statement. “I think my mother at this moment may actually be satisfied.”

For the first time since 2001, HBO did not lead the nominations. Netflix was top platform this year with 112 nominations.

HBO was second with 108. NBC was a distant third with 78, a figure that put it first among broadcast networks. NBC’s “Saturday Night Live”, with 21 nominations this year, has now been nominated 252 times in its history, a record for any show.

“Game of Thrones” is second with 129 and this year surpassed “ER” as the top drama nominee.

John Legend is in a position to join the elite EGOT club. Legend’s nomination for “Jesus Christ, Superstar” means he can add an Emmy to the Grammy, Oscar and Tony he already has on his shelf. He’d be the 13th person to pull it off, not counting honorary awards.

‘Thrones’ steps down but still sits on top

“Game of Thrones” led all shows with 22 nominations, but that number is actually a drop from the last two times the HBO show was eligible. It was nominated 24 times in both 2015 and 2016, winning 12 Emmys both years. It was not in the running in 2017.

Its fellow HBO drama “Westworld” had 21 nominations this year, as did “Saturday Night Live.” ”Atlanta” leads in comedy series nominations with 16, and “RuPaul’s Drag Race” and “The Voice” each had 10 nominations to lead in the reality-competition category. CC