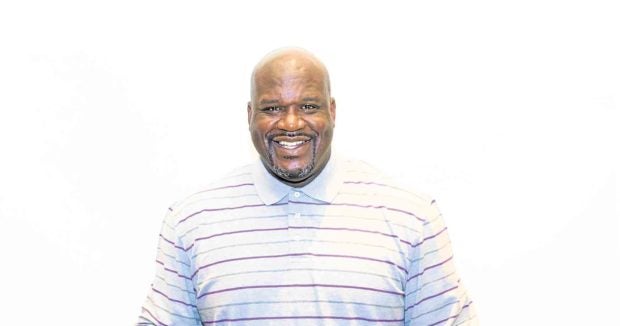 LOS ANGELES—Shaquille O’Neal wants to score more in movies. The retired Lakers player, considered one of the greatest in NBA history, wants to emulate the career of Dwayne “The Rock” Johnson, who successfully transitioned from a champion wrestler into a box-office star.

While Shaquille has appeared in movies, he plans to do more.

In our interview with the man popularly known as Shaq, he talks about his life, from his humble beginnings and being shaped by his parents, Lucille O’Neal and the late Phillip Harrison (who raised the sports icon; his biological father is Joseph Toney), to his post-Lakers plans and goals.

Shaquille’s gratitude to his parents permeated the conversation. At one point, he said, “I love my mother and my father who passed away about five years ago. The only regret about that is that I wish I could have told them ‘thank you’ more. They made me who I am, and I’m happy for it. I will always represent them to the fullest.”

What do you think of Kobe Bryant winning an Oscar for best animated short film (for “Dear Basketball”), which he produced? I was super jealous and pissed at the same time (laughs). So, as soon as he won, I tweeted him right away because I knew everybody was going to tweet me, Kobe won an Oscar and you didn’t. But I’m proud of him. My sons and I watched the film. It was done very well.

If you could choose four members for your dream basketball team, who would you pick? I would stop in Charlotte and pick up Mike (Michael Jordan). Mike’s going to be my scorer. Then, I’d come back out here to LA and pick up Magic (Johnson). I don’t like Charles (Barkley) (laughs), so I’ll go get Karl Malone. Then, I got to get a bona fide shooter. There’s a lot of shooters, say Larry Bird. But I’d probably pick up Steph Curry. I got one spot left—for Dr. J. (Julius Erving), because he’s the one who helped me become what I am.

What are your hopes for your six kids? I have always told my children that we don’t need more basketball players. I would like to have a couple of lawyers, some engineers, some CEOs. So there’s a rule in my house. It’s a slogan that I made up: “You must obtain two degrees to touch any of my cheese (laughs).” I got two in college now. They’re doing very well.

My only aspiration for my children is that they follow their dreams, have fun, be respectful of other people, and always do the right thing. And that’s why I went back and got my master’s degree and doctorate.

I’ve got three boys and three girls. I’m a lucky dad that my children are wonderful. Well, I have one juvenile delinquent. He’s my twin son. His name is Shaqir. But the older ones, they’re fabulous.

Your son, Shareef, has inherited your basketball skills. Do you think he’s going to be in the NBA? I think he will. I’m also jealous of him (laughs). From 15 up, he has always had the ability to see something and do it right away. The thing that makes me most proud is I didn’t have to use my influence to get him connections.

My father really pushed me. I didn’t push Shareef with sports. I pushed him more on education because in a perfect world, I want to retire in a couple of years, and I want one of my kids to take over. And he emerged as one of the top high school players and got the college scholarship offers by himself.

But to answer the question, I think he definitely has the ability to make it in the NBA. He will be attending UCLA in the fall. 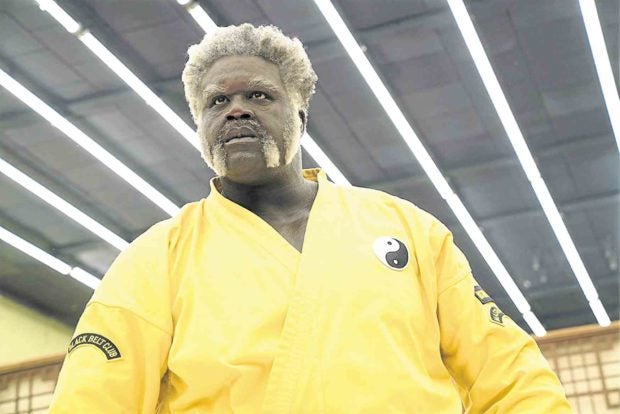 Where did you get your killer instinct? As a mama’s boy, I always wanted to make my mother proud, because from 9 to 16, I was a medium-level juvenile delinquent. I didn’t know what I wanted to do in my life.

Then, I was watching TV one day. It was Nancy Reagan talking about kids sports. They were stressing, no pass, no play.

My father was tough on that. One time, I didn’t pass, so I couldn’t play. So I had to change. I started thinking, become a leader rather than a follower. When I started playing sports and I would bring home the little trophy, I remember the smile on my mother’s face. I was like, I’d rather see her look like that rather than be disappointed in me.

How did you get involved with “Uncle Drew”? The character came from a Pepsi commercial that they did with Kyrie Irving. And Lionsgate got with Kyrie’s people, who are my people. We have the same representation, and they put the movie together. I thought it was a fabulous script, and the movie is touching and funny at times.

I am an old guy now, but when I got there on the court (for the movie), it made me feel like I was young again. Age is just a number.

How did you come up with your character Big Fella’s look in the movie? My great grandfather looked like that. He was from Dublin, Georgia. I only met him once. He was 6’11” tall, chiseled and cut up. He had a farm. When I met him, he had an ox, and he was plowing the land.

Do you plan to make more movies? I’m jealous of The Rock. He’s taken all the movies that I would have liked to make. I’m not a thespian like Denzel Washington, but I’d like to follow the guys who have crossed over and been very successful. Luckily, I got the opportunity to do “Blue Chips” and “Kazaam.” I’d like to do movies similar to what The Rock does.

You’re making a TBS comedy series with Ken Jeong. Who is funnier, you or Ken? Ken, by a landslide. I have to give it to him. We’re similar people. We both have PhDs. We have great chemistry. We did the show, “Drop the Mic,” and Ken actually destroyed me on that show.

Can you talk about what you consider are the highlights of your life? My first great highlight would be when I got drafted. My dad worked as a military drill sergeant and my mother worked two jobs, and sometimes that wasn’t enough.

So, when I got my first big contract, we went to this big house, and I asked my mother, “How do you like it?” She was like, “You shouldn’t get it, this is too big.” I said, “Well, it doesn’t matter. We’re going to buy it.” And it felt pretty good to just write the whole check right there, rather than mortgage it. My mother and father were crying.

So, my second highlight was getting my bachelor’s degree. The third one was bringing prominence back to the LA Lakers in 2000.

Then, getting my master’s degree and doctorate and seeing all my children born. Those are all my highlights.

What were your father’s lessons to you? My father’s lesson to me was, if somebody needs something more important than you do, lend a helping hand. That’s why I love helping homeless people.

I’m programmed to love all people, and I’m glad my father taught me how to respect other people.

What advice would you give to kids who want to follow in your footsteps? I would tell them, “Look at all the mistakes that the greats have made. Do not repeat them.”

Then, I would tell them to follow their dreams. My third advice is, save your money, because it’s not going to last forever.

So, I’d tell the guys, you can follow in my footsteps, but don’t make the same mistakes I made, and aim to be better than me.