‘The Rock’ joining group that champions rights of people with disabilities 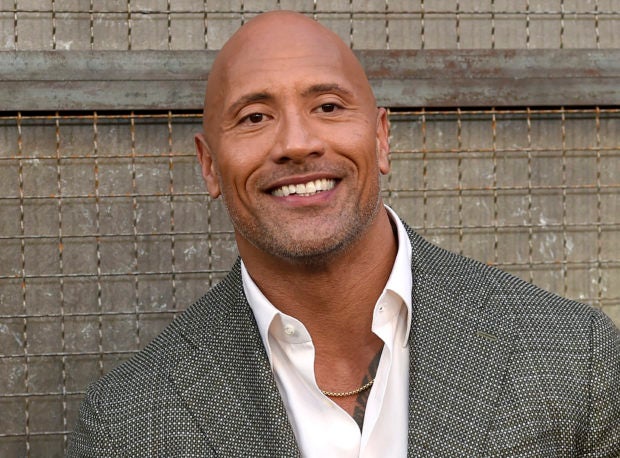 In this April 4, 2018 file photo, Dwayne Johnson arrives at the world premiere of “Rampage” at the Microsoft Theater in Los Angeles. Johnson, who plays an amputee in the action movie “Skyscraper” said Thursday, July 12, he is joining the Boston-based Ruderman Family Foundation, calling for more inclusion and opportunities for people with disabilities in the entertainment industry. Image: Invision/Chris Pizzello via AP

BOSTON (AP) — Dwayne Johnson plays an amputee in his latest movie. Now he’s jumping in to help people with disabilities in real life.

Johnson, who plays a former FBI agent with a prosthetic leg in the new action thriller “Skyscraper”, said Thursday he’s joining the Boston-based Ruderman Family Foundation, a leading voice in calling for more inclusion and opportunities for the disabled.

The actor nicknamed “The Rock” released a short video calling for more inclusion and opportunities for people with disabilities in the entertainment industry. Johnson said Hollywood has excluded characters and actors with disabilities for too long.

“Our industry has a responsibility to tell inclusive stories, and I hope my character in ‘Skyscraper’ is an example of that commitment,” Johnson said. “I certainly encourage the entire (entertainment) industry to take steps forward to audition and cast actors with disabilities to play characters with and without disabilities. Disability is an essential piece of diversity, and our characters and actors should definitely 100 percent reflect this.”

Earlier this week, Johnson told The Associated Press he hopes “Skyscraper” will honor the amputee community.

In the film, Johnson plays Will Sawyer, the security consultant of a Hong Kong skyscraper, who must save his family and the city from harm when it becomes engulfed in flames from an inferno he’s framed for having started.

“I was honored to play an amputee, and to make sure that I did right by them,” Johnson said.

Foundation president Jay Ruderman said Johnson’s influence in the entertainment world will help bring about positive change inside and outside Hollywood.

“People with disabilities are 20 percent of the world’s population, and their representation in popular entertainment will help reduce the stigma they face in society,” he said.

The Ruderman Family Foundation received a disability awareness award in 2017 from the Screen Actors Guild-American Federation of Television and Radio Artists. Last summer, it launched the Ruderman TV Challenge, a call to pilot and series creators to audition and cast more performers with disabilities.

Johnson’s announcement came amid a brewing backlash against plans to have actress Scarlett Johansson portray a transgender man.

Johansson is set to star in “Rub & Tug”, a film about prostitution ring leader Dante “Tex” Gill, who was born Lois Jean Gill but identified as a man. Transgender actors and advocates have criticized the production for not casting a trans actor in the role. CC