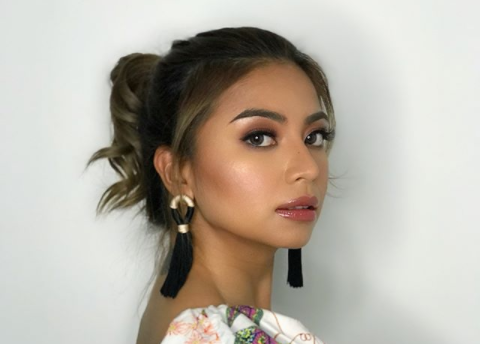 When it comes to show business, it seems its glamor and allure are the first things one sees, while the downsides only come second. The less dazzling things that come with show biz, such as the stress and exhaustion from tapings that go on until the wee hours of the morning, remain an enigma that has yet to be talked about in the industry.

It’s unknown who or what De Castro may be pertaining to, and whether her tweet was written in generality or something she’s going through personally, as she did not give any more details. Netizens, however, were quick to reach out to De Castro to offer their own sentiments.

A certain Amber (@AltheyuhMoves) replied to De Castro’s tweet, “As someone in the HR world. NO. You are already accommodating overtime. That violates labor rights and also human rights.”

“That is unfair… no, inhumane. What person can work well pass [sic] 24 hours?” added the netizen.

as someone in the HR world. NO. You are already accommodating overtime. That violates labor rights and also human rights. That is unfair… no, inhumane. What person can work well pass 24 hours??

Another replied to De Castro and said such is the reason why contractualization must be abolished.

De Castro did not respond to the netizens’ replies anymore. However, she re-tweeted their’ tweets on her account, seemingly echoing their sentiments.

The past couple of weeks have seen an uproar from workers of various companies who took to the streets to protest against contractualization. The workers of condiments producer NutriAsia, for one, made their picket line last month in June around the factory gates after 50 workers were terminated on June 2.

Labor Secretary Silvestre Bello III, meanwhile, directed the Philippine Long Distance Telephone Co. (PLDT) this week to regularize its 7,000+ workers. PLDT topped the list of businesses that were found by the labor department to be engaged in labor-only contracting.  /ra