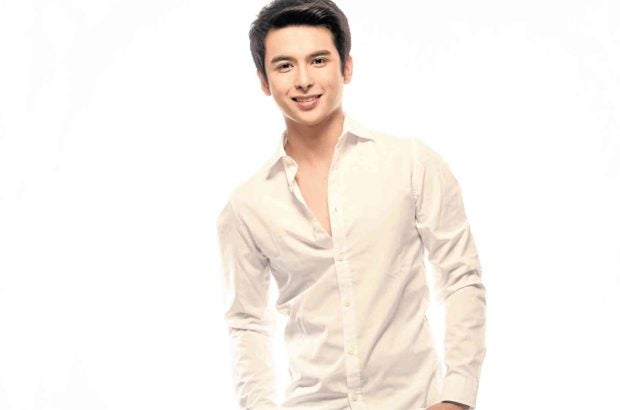 It would be nice if I could also have same kind of recognition in local show biz.

In 2015, at the height of the video messaging app Dubsmash’s popularity, Teejay Marquez was one of the many celebrities who joined the craze. His videos—most of which feature himself lip-synching pop songs while being all cutesy—were a hit. But much to his surprise, many of the comments he was getting were in a language foreign to him—Bahasa Indonesia.

Soon, he found himself in Jakarta, making the rounds of television and landing a role in a film, aptly titled “Dubsmash.”

Now, he’s part of the main cast of the soap “Siapa Takut Jatuh Cinta,” an Indonesian adaptation of the Taiwanese drama “Meteor Garden.”

Despite his overseas success, the 24-year-old actor is still raring for his big break here. “I’m loved in Indonesia, but it would be nice if I could also have the same recognition in local show biz… I want to pursue a career in both markets,” he said in a recent interview.

Much of Teejay’s body of work in the Philippines has mostly been limited to miscellaneous supporting roles on GMA 7 and ABS-CBN.

“I know many people here don’t know a lot about me because I lack visibility… The opportunities I have had in Indonesia are something I have yet to experience here,” related Teejay, who let on that working in Indonesia has allowed him to earn more than what he was making in the Philippines. “We tape our show almost every day there.”

Asked what he thinks he needs to do to penetrate the local biz, Teejay said he probably needs to take on “more serious or challenging roles.” “Iwas pa-cute muna siguro,” quipped Teejay, who’s set to do a film with director Adolf Alix Jr. soon. “I don’t expect to be as big as the likes of Daniel Padilla; I just want to show people what I can do.”

While he’s grateful for the love and support of his Indonesian fans, Teejay admitted that living and working alone abroad does make him feel homesick from time to time.

“Given the chance, I would prefer to spend more time here, so I can be closer to my family… so I can take care of my lola, who’s suffering from kidney disease and may need dialysis in the future,” said Teejay, who would love to be paired with either Sue Ramirez or Barbie Forteza, should he do a romantic movie or series in the future.

In “Siapa Takut Jatuh Cinta,” Teejay plays a Filipino-Indonesian character named Sean, which requires him to speak in English and Bahasa Indonesia.

“It was hard. I was given only a month to study, so there was pressure. I’m working with famous people there, so I get so embarrassed when I mess up and halt the shoot. But my costars wanted me there and were very patient with me,” Teejay related.

“They consoled me, saying that even they commit mistakes and fumbled the lines; they assured me that things would get easier,” he added.” And I did learn through experience.”

While he’s in Manila, Teejay said the producers of “Siapa Takut Jatuh Cinta” tweaked the show’s script a bit and made it appear that his character also flew to the Philippines. “Whenever I go home, my Indonesian fans always ask me and urge me to return there,” he said.