Sunshine and daughters’ reaction to corruption charges vs Cesar 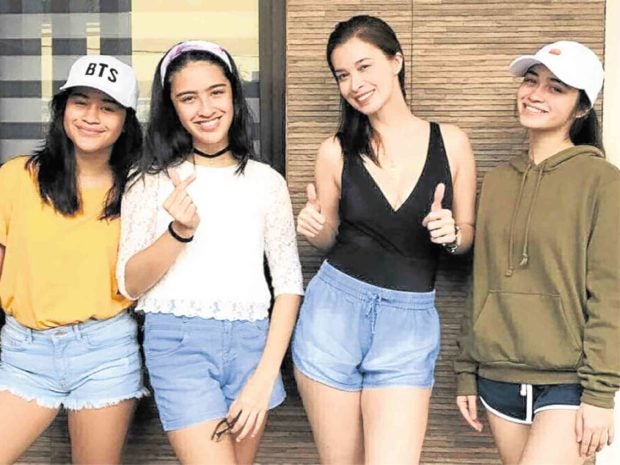 With her three daughters

Waley! We have a good show coming up, so let’s talk about this, instead!” Sunshine Cruz quipped, laughingly, when asked to comment on the controversies involving her estranged husband, Cesar Montano. “We lead separate lives now.”

She admitted, however, that their three daughters, Angelina, Samantha and Angel, did get affected by vitriolic comments hurled at them online, amid corruption allegations that had forced their father to resign as chief of the Tourism Promotions Board earlier this year.

“I assure my children that their vehicle, the clothes they wear … are all from me. I tell them that I work hard just so I could provide these things for them. But they’re OK now; they’re strong girls,” she told reporters at a press conference for GMA 7’s new late morning soap, “Kapag Nahati ang Puso,” which starts airing on June 16.

“Just pray for him, because he’s still your father … I make sure not to teach them how to hold grudges,” added the 40-year-old actress, whose last project with the Kapuso network was the weekly series, “L,” in 1999.

Sunshine declined to go into details about Cesar’s relationship with their daughters, and whether or not he still sees them. She merely let on that they did “greet him last Father’s Day.”

“I try to stay very positive despite the trials, and I want it to stay that way. I’m happy and overwhelmed by what is happening in my life now,” she said.

“I’m blessed with work, endorsements, friends and family who love, support and believe in me,” stressed Sunshine, who’s still seeking the annulment of her marriage to Cesar.

Sunshine is currently in a romantic relationship with businessman Macky Mathay. The couple is “happy” and in a “good place.” 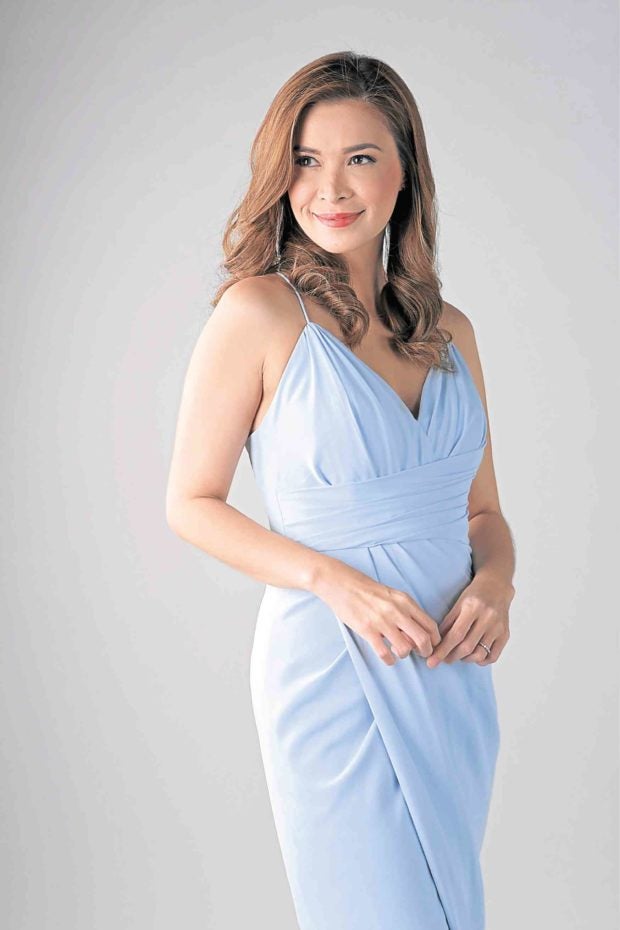 “We’re taking it one day at a time. Chill muna. First, we need to fix what needs fixing. I’m hoping for the best when it comes to my annulment; I’m praying for a positive outcome,” Sunshine related.

But is marriage still important or a requirement for her? “After my experience,” she said, breaking in a wry smile, “we’ll see. I’m sure God has a plan for me…”

In “Kapag Nahati,” Sunshine plays Rio, a woman who, after a tragic turn of events, gets separated from her young child. She rebuilds her life overseas. Upon returning to the country, she meets and falls for Joaquin (Benjamin Alves)—the same man with whom Claire (Bea Binene)—her unsuspecting daughter—is in love.

She’s also shooting a film, Adolf Alix Jr.’s “My Stepmother’s Lover,” wherein she’s paired with actors Kiko Estrada and Martin del Rosario. Sunshine finds it quite amusing that, at her age, she’s being paired with men significantly younger than her.

“I hope to inspire other mothers that we can still look good despite having children,” related the actress, who does boxing, spinning and Zumba to maintain her figure.