Winwyn Marquez thinks Miss Universe should be for ‘natural-born women’ 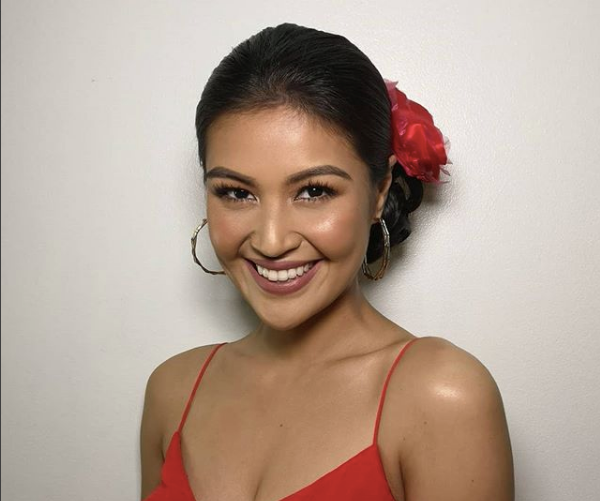 While some people were happy to see a transgender woman finally competing in this year’s Miss Universe pageant, it may appear that one has a different opinion about it — 2017 Reina Hispanoamericana titleholder Teresita Ssen “Winwyn” Marquez.

This comes after Angela Ponce, a transgender woman from Spain, is set to compete in the renowned pageant.

Marquez said in a Glitz.ph interview that while she loved the idea of Spain allowing Ponce to join, she thinks “Miss Universe per se” should be given to “natural-born women.” She also clarified that she has nothing against transgenders. The interview was posted on YouTube by entertainment blogger MJ De Leon yesterday, July 12.

“Kasi (Because) there is Miss International Queen, tama ba (is that right)? It’s a prestigious pageant also… let’s just give it (Miss Universe) for natural born-women and for transgenders to have their own prestigious pageant,” she explained. “Pero kung a-allow naman ng (But if it would be allowed by) Miss Universe pageant, then we should accept it also.”

Marquez’s opinion was met with some opposition. Transgender model Xtina Superstar was one of those who questioned it. She answered the beauty queen via Twitter yesterday: “Girl, just cut the bs and say that you don’t agree to it, wag mo na echosin ng (don’t sugarcoat it with) ‘nothing against transgenders’ or ‘I respect the Lgbt’ keme, nakakairita lang (it’s just annoying).”

Meanwhile, a fan named Cherry Ann D. Santos (@CheJoshGabe) agreed with Marquez that the pageant should be solely for “real women.”

But @xtinasuperstar answered back: “Transwomen are women, no such thing as ‘real’ women; the fact that you just used ‘real’ like it’s an upgrade to a woman’s femininity does not make sense.”

Back in 2012, the Miss Universe pageant stirred controversy when a Canadian transgender model, Jenna Talackova, was disqualified from the pageant. The organization later reversed the decision and allowed Talackova to join, citing Canada’s legal gender recognition requirements which Talackova appeared to have satisfied, as explained by Trump’s special counsel then, Michael Cohen. Katrina Hallare/JB