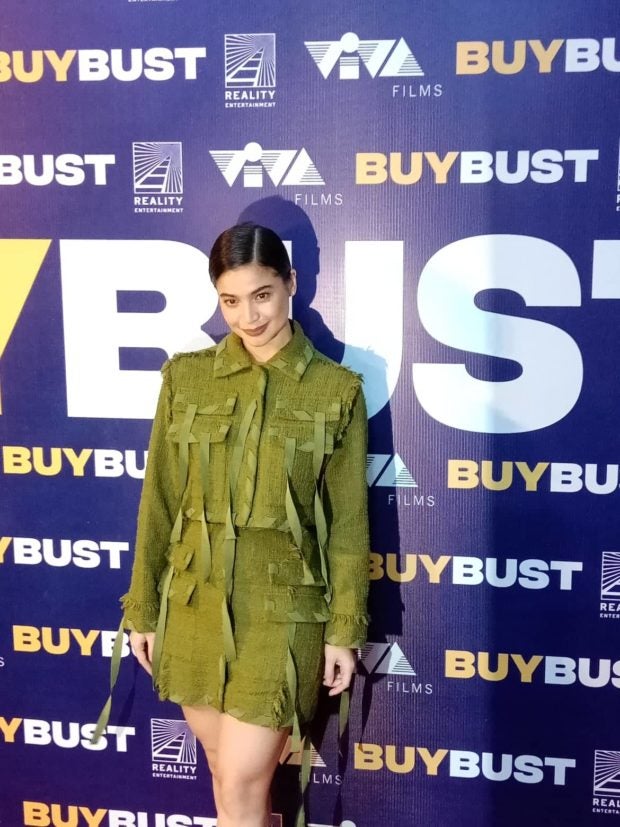 This year has been more than good for award-winning actress Anne Curtis as she was able to do three major movies, one which was her first full-length action film “Buy Bust.”

With her in the lead, she proved that women can also headline hardcore action movies.

“Gusto ko patunayan dito sa pelikulang to na kaya ng female lead na gumawa ng action film (I want to prove in this film that a female lead can also do action film),” she said at the media launch of “Buy Bust” Tuesday.

“Sana (Hopefully), this opens doors for a lot of actresses out there na kaya niyo din (that you can do it),” she added.

“It’s already a trend in Hollywood, [so] why don’t we start here in the Philippines,” she said, citing female Hollywood action stars like Angelina Jolie, Alicia Vikander, and Jennifer Lawrence.

Not an action queen yet

Although she has gained praises from peers and from social media, she dispelled claims that she is now an “action queen.”

“I think it’s about time. It’s been way too long since we’ve had a female lead in an action film when there are so many capable actresses out there who can do the job,” she ended. /ee