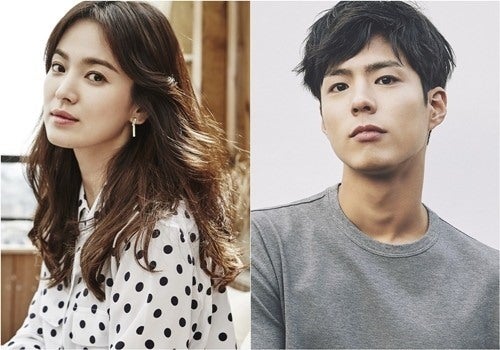 Set to air in the second half of the year, this will be Song’s first role after her performance in the 2016 hit series “Descendants of the Sun”, where she starred with her now-husband Song Joong-Ki.

Song’s character is the daughter of an influential politician who has never had the chance to live her life the way she wants to. Her life is turned upside-down as she meets Park’s character, an average man with a kind heart.

Park is known for his roles in the hit series “Reply 1988” and “Love in the Moonlight”, and is dubbed as one of South Korea’s national heartthrobs. JB

Watch more of Song Hye-Kyo and Park Bo-Gum’s other dramas on Viu! Just text VIU ON 99 to 2948 for Globe and TM subscribers. Upgrade now to Viu Premium to experience unlimited download offline, eight hours after the Korean telecast and HD viewing!