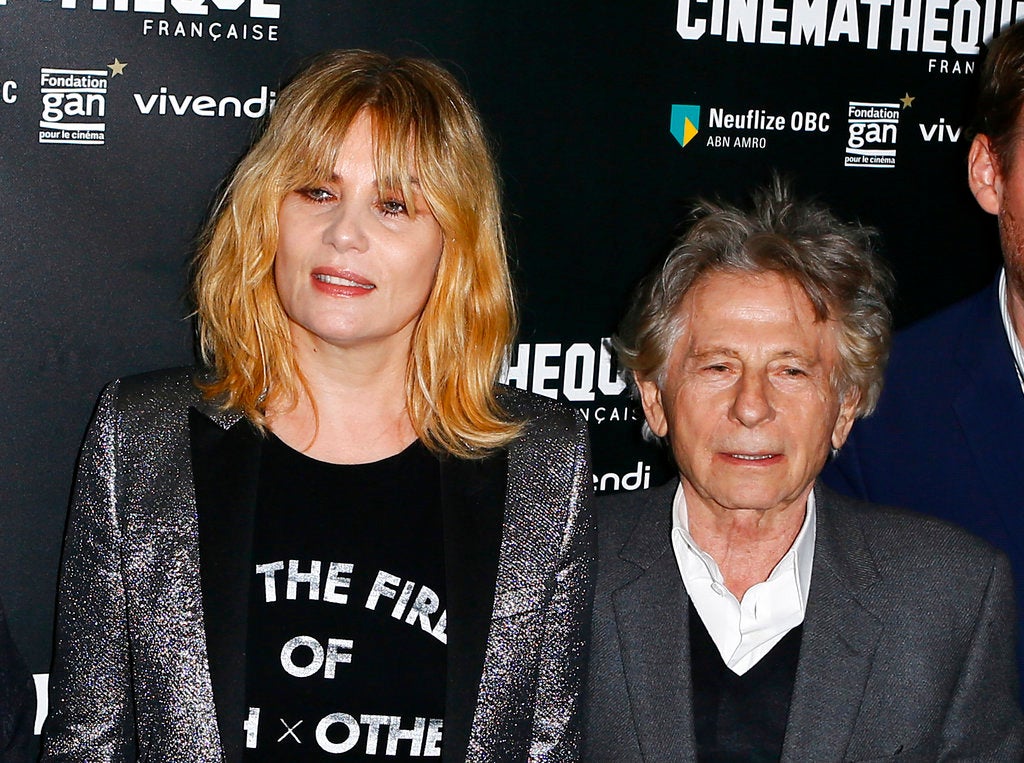 FILE – In this Oct. 30, 2017 file photo, French actress Emmanuelle Seigner, left, and French-Polish director Roman Polanski appear during a photo call prior to the screening of “Based on a true story” in Paris. Seigner refused the invitation of the Academy of Motions Pictures Arts & Sciences and voiced her support for her expelled husband, Polanski, who was kicked out of the organization in May, along with Bill Cosby, for violating its newly instituted code of conduct. Image: AP Photo/Francois Mori, File

NEW YORK — In a seething open letter, French actress Emmanuelle Seigner refused the invitation of the Academy of Motion Picture Arts and Sciences and voiced her support for her expelled husband, director Roman Polanski.

Seigner called the film academy’s invitation “insufferable hypocrisy” in a letter published Sunday in the French newspaper Le Journal du Dimanche. Polanski was kicked out of the organization in May, along with Bill Cosby, for violating its newly instituted code of conduct.

Seigner was last month invited to join the academy, which is striving to diversify the membership that votes on the Academy Awards. The academy invited 928 entertainment industry professionals, 49 percent of whom are women.

“I have always been a feminist,” wrote Seigner, the 52-year-old actress of “The Diving Bell and the Butterfly” and “Venus in Fur.” ”But how can I ignore the fact that a few weeks ago the Academy expelled my husband, Roman Polanski, in an attempt to appease the zeitgeist — the very same Academy which (in 2003) awarded him an Oscar for The Pianist! A curious case of amnesia!”

The film academy last year adopted a code of conduct following the Harvey Weinstein scandal, which gave the organization’s board of governors the power to vote out members. While the expulsion of Weinstein and Cosby were expected, Polanski’s case has long been more divisive in Hollywood.

The “Rosemary’s Baby” and “Chinatown” filmmaker pleaded guilty in 1977 to unlawful sex with a 13-year-old girl. He fled the country while awaiting sentencing in 1978 and has since been a fugitive from the United States. Last year, the former German actress Renate Langer told the Swiss police that Polanski raped her in 1972 when she was 15.
Seigner strongly took issue with critics of her husband, who she said has “been falsely slandered as a pervert” since he fled the U.S.

“The Academy probably thinks I am enough of a spineless, social climbing actress that I would forget that I have been married for the past 29 years to one of the world’s greatest directors,” wrote Seigner. “I love him, he is my husband and the father of my children. He has been cast out like a pariah. Yet these same nameless academicians think that I should ‘mount the steps of glory’ behind his back? The insufferable hypocrisy!

She added: “This proposal is one insult too many. I cannot remain silent any longer. You offend me whilst claiming to want to protect women!”

The academy did not immediately return an email message seeking comment. MKH