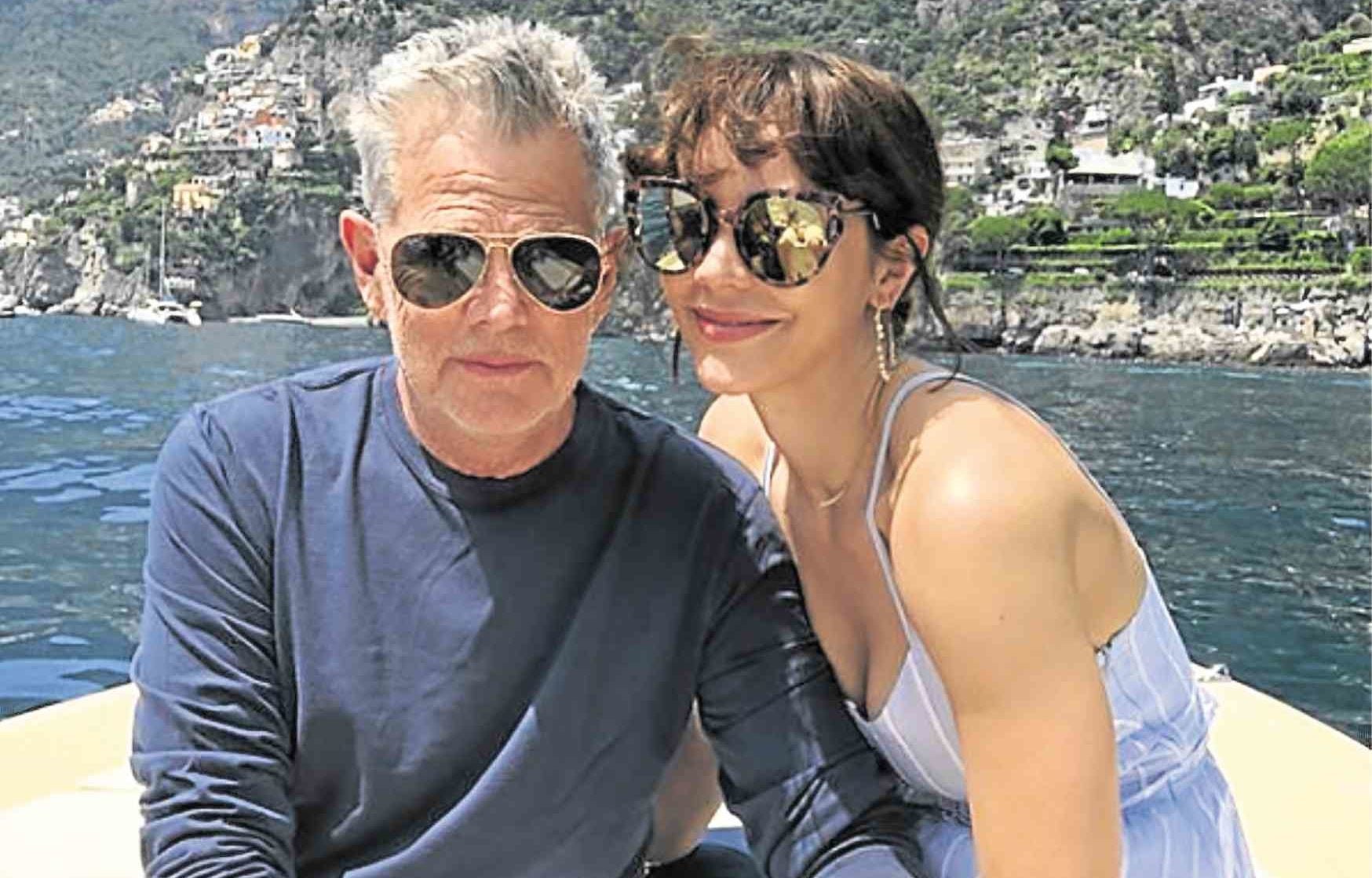 After initially insisting that she and David Foster were just “very close friends,” singer Katharine McPhee finally admitted that—not only have they been dating—but that they got engaged during a recent trip to Italy. He’s 68; she’s 34.

In a text exchange with Jared Eng of the website Just Jared, Katharine said David popped the question on top of a mountain in Anacapri, underneath the stars.

“Thankfully, he didn’t push me off the cliff,” the former “American Idol” finalist jested. “He said it was one or the other. And in the end he spared me.”

Should they end up getting married, it would be David’s fifth and Katharine’s second. And curiously, David was present at Katharine’s wedding with former husband Nick Cokas. He played the piano as Katharine serenaded guests with the classic hit “Unforgettable.”—ALLAN POLICARPIO