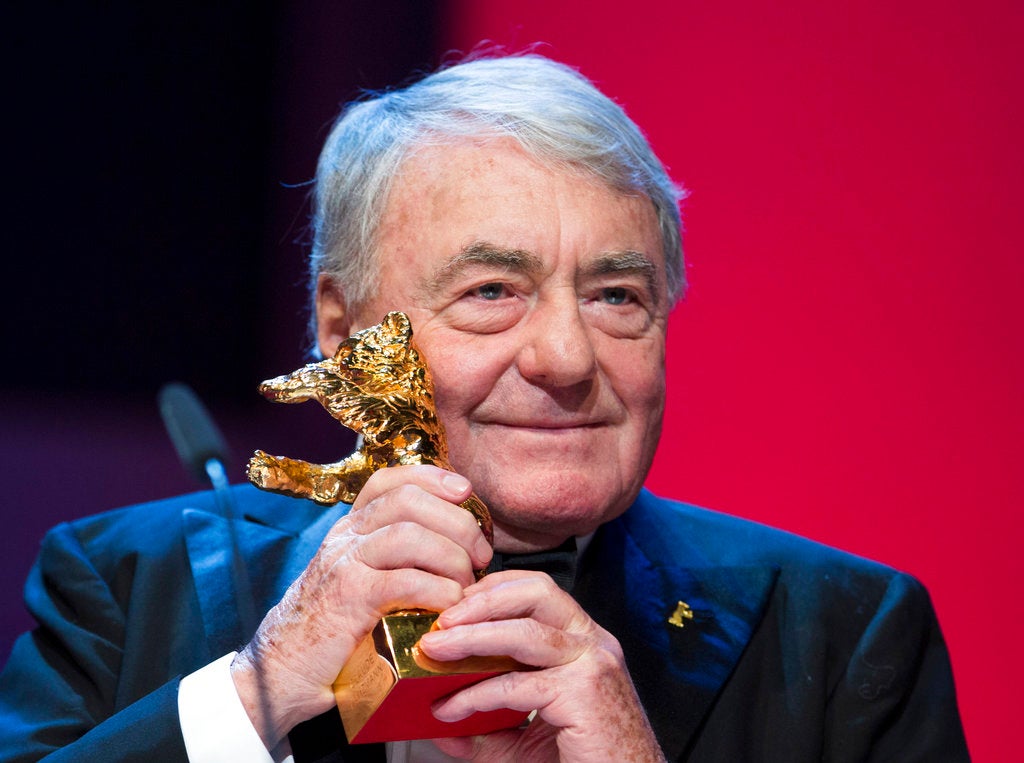 PARIS (AP) — French Director Claude Lanzmann, whose 9½-hour masterpiece “Shoah” bore unflinching witness to the Holocaust through the testimonies of Jewish victims, German executioners and Polish bystanders, has died at the age of 92.

Gallimard, the publishing house for Lanzmann’s autobiography, said he died Thursday morning at a hospital in Paris. It gave no further details.

The power of “Shoah,” filmed in the 1970s during Lanzmann’s trips to the barren Polish landscapes where the slaughter of Jews was planned and executed, was in viewing the Holocaust as an event in the present, rather than as history. It contained no archival footage, no musical score — just the landscape, trains and recounted memories.

Lanzmann was 59 when the movie, his second, came out in 1985. It defined the Holocaust for those who saw it, and defined him as a filmmaker.

“I knew that the subject of the film would be death itself. Death rather than survival,” Lanzmann wrote in the autobiography. “For 12 years I tried to stare relentlessly into the black sun of the Shoah.”

“Shoah” was nearly universally praised. Roger Ebert called it “one of the noblest films ever made” and Time Out and The Guardian were among those ranking it the greatest documentary of all time. The Polish government was a notable dissenter, which dismissed the film as “anti-Polish propaganda.” (but later allowed “Shoah” to be aired in Poland).

In 2013, nearly three decades later, Lanzmann revisited the Holocaust with “The Last of the Unjust,” focusing on his interviews in 1975 with a Vienna rabbi who was the last “elder” of the Theresienstadt ghetto, which was used by the Nazis to fool visitors into believing that the Jews were being treated humanely.

His final film in 2017, “Napalm,” was essentially a narrative of his visit to North Korea in the late 1950s, including him recounting his unconsummated affair with a Red Cross nurse in the country.

Lanzmann was born Nov. 27, 1925, in Paris, the child of French Jews. After his mother left in 1934 and the war broke out, Claude and his two siblings moved to a farm where their father timed his children as they practiced escaping to a shelter he had dug.

Lanzmann ultimately joined the Resistance as a Communist and became intellectually enamored with Jean-Paul Sartre, whose “Anti-Semite and Jew” formed the philosophical underpinning of what would later be his life’s work.

Lanzmann joined Sartre’s circle and ended up having an affair with Simone de Beauvoir, Sartre’s companion who was 17 years older than the young acolyte. Lanzmann left for Israel and moved in with Beauvoir when he returned, from 1952 to 1959, according to “The Patagonia Hare,” his autobiography. Sartre, Lanzmann’s hero, became a constant in their life together.

“So I was an opportunist — ‘on the make’ you say. But she was beautiful. My attraction to her was genuine,” he once told Beauvoir’s biographer. Long after their affair ended, Beauvoir provided much of the financial support for “Shoah.”

Lanzmann tinkered in politics and journalism, working periodically for the journal France Dimanche, taking on freelance assignments. He joined Sartre in signing the Manifesto for the 121, calling on French soldiers to refuse fighting in Algeria, and was prosecuted.

In 1968, he did television reporting on the Israeli Army in the Sinai Peninsula, which led to his first film: “Israel, Why.”

Beauvoir, writing about Lanzmann in her memoir “Force of Circumstance” described him as someone who “seemed to be carrying the weight of a whole ancestral experience on his shoulders.”

It was this weight that ultimately led a vagabond intellectual to examine the defining event of 20th century Judaism, obsessively tracking down those who were closest to the dead. “The film would have to take up the ultimate challenge; take the place of the non-existent images of death in the gas chambers,” he wrote.

The film opens with Simon Srebnik, who as a 13-year-old Jewish detainee sang for the SS and fed their rabbits at the Chelmno concentration camp. Crediting a sweet voice with his survival, Srebnik performs the same songs for Lanzmann as he is rowed along the placid river that leads to the camp. Later, it is revealed that among Srebnik’s tasks was to dump bags filled crushed bones of Jews into the same waters.

He filmed Abraham Bomba at work in a Tel Aviv barbershop, describing how he cut women’s hair inside the gas chambers Treblinka. With periodic questions by Lanzmann, Bomba recounts how after each group of women was done, the barbers were asked to leave for a few minutes, the women were gassed and then the men returned to cut the hair of dozens more naked women accompanied by their children.

“This room is the last place where they went in alive and they will never go out alive again,” he said. “We just cut their hair to make them believe they’re getting a nice haircut.” The barber begged to stop when he recalled seeing the wife and sister of a friend come in, but Lanzmann prodded him to continue.

Lanzmann sometimes used secret cameras to record testimony, including that of Franz Suchomel, a former guard at Treblinka who pointed like a schoolteacher to a blueprint of the camp to show how bodies were disposed of, describing new gas chambers that could “finish off 3,000 people in two hours.” At one point during the interview, Lanzmann promised Suchomel that he would not be recorded.

One of the most harrowing interviews Lanzmann did was also among the briefest in “Shoah” — Yitzhak Zuckerman, a leader of the Jewish resistance in Warsaw, who survived Treblinka and saw untold numbers of friends and comrades die. He told Lanzmann bitterly, “if you could lick my heart, it would poison you.”

At the film’s premier, the French journalist Jean Daniel told Lanzmann: “This justifies a life.”

Lanzmann is survived by his third wife, Dominique, and his daughter Angelique. His son Felix died last year. AB