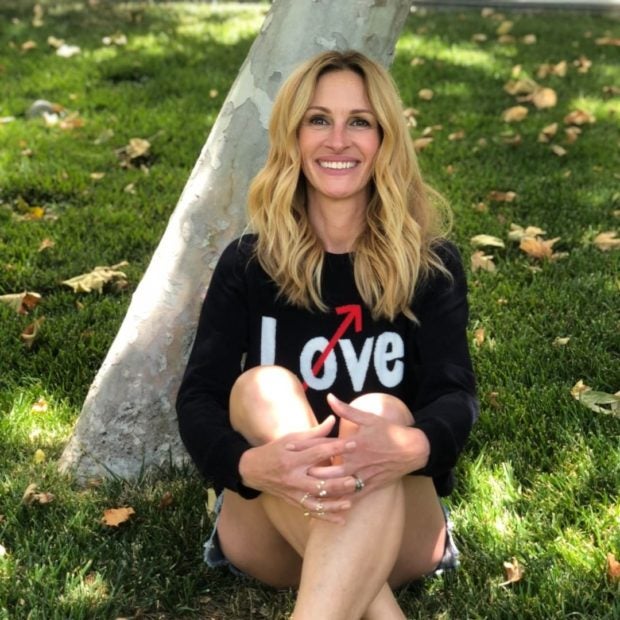 Julia Roberts, one of the few notable Hollywood stars who has previously expressed disinterest about social media, finally had a change of heart and joined Instagram last week, thus delighting her fans.

Roberts’ Instagram page (@juliaroberts) already garnered over 739,000 followers in just one week, and follows only 12 Instagram pages, as of this writing.

Roberts initially turned off the comment section for her first Instagram post of herself, a photo showing her sitting cross-legged on a grass underneath a tree. She is shown wearing a black sweater that bears the word “Love” while beaming at the camera.

On her second post, the 50-year-old A-list star uploaded a photo of her alongside celebrity stylist, Elizabeth Stewart. The two were sporting matching shirts with the words, “You can’t make everyone happy. You’re not an avocado,” printed in front.

Her latest post is a photo of a car’s windshield with an “I really appreciate you” sticker.

Julia Roberts is one of the few A-lister social media holdouts who have abandoned their social media avoidance. “It’s kind of like cotton candy,” said Roberts, pertaining to social media, as reported by Marie Claire in 2013. “It looks so appealing and you just can’t resist getting in there, and then you just end up with sticky fingers and it lasted an instant,” she continued, explaining why she preferred not to use social media.