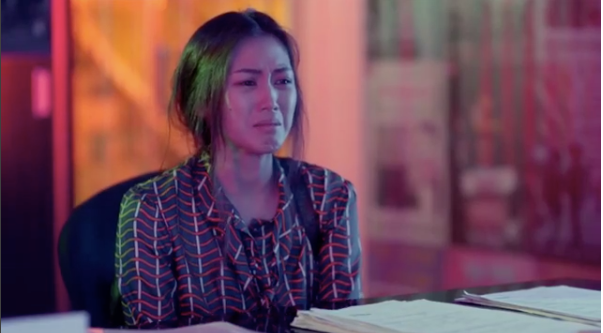 Spoken word artist Allen Tolosa took to his Facebook page last June 30 to air out his grievances about the upcoming film “Nakalimutan Ko Nang Kalimutan Ka”. The film, which stars Alex Gonzana, is produced by Wilbros Films, and is written and directed by former “Pinoy Big Brother” housemate Fifth Solomon.

Tolosa was dejected as he wrote, “I don’t know what should I feel about this. But right now I’m so disappointed how it turned out. So here’s the story and help me assess the situation.”

According to Tolosa, Solomon approached him last year, asking if he could use Tolosa’s spoken word piece, “Nakalimutan Ko Nang Kalimutan Ka”, in his film. Tolosa agreed, and there were talks of the two meeting together to discuss the matter further.

“I agreed and there was a point when he (Fifth) promised that he would set up a meeting which was canceled twice and never pushed through. He also said that his EP would contact me about the TF (which i really dont care)[sic],” wrote Tolosa.

According to Tolosa, Solomon told him they would credit him and invite him to the showing of the film, something that Tolosa didn’t care about either.

“All of a sudden, while I was still a bit hoping that Fifth would contact me again to finalize what the plans are, Fifth messaged me last [Thursday] that they are not going to use the poem anymore because they already wrote a different one,” wrote Tolosa.

“Now I understand that they don’t like it anymore so I thought they’re not going to use it. AND THEY DID. AND IT WAS THE TITLE OF THE FILM.”

Since the film teaser’s release over the weekend, the past few days saw Solomon, Gonzaga and Wilbros Films promoting “Nakalimutan Ko Nang Kalimutan Ka” all over social media.

Tolosa admitted he doesn’t claim that what happened is by law a violation. He said he is still not knowledgeable with the copyright and intellectual property law.

In the United States Copyright Office, under the Library of Congress, it has been stated that copyright protection doesn’t extend to titles, names, short phrases and slogans in authors’ works. Titles instead may be given trademark protection if such titles are used to identify a certain service or good in the market.

But for Tolosa, it seems the issue is less about violating the law, or the film having the same title with his creative piece; he said it is about giving respect to creative minds.

“Filipinos are creative. We can compose artistic literaries that are funny, striking, strong, inspiring, and so much more,” Tolosa said. “But they should be given weight, credit and even promoted. But this is what happens if a creative idea is not given that much weight and respect, people would just dismiss you that easily.”

Tolosa also clarified that what he is trying to point out is what he “felt” as a creative writer: “I hope that people would PAY MORE RESPECT to creative minds out there, (because creating these ideas are not easy, and it doesnt come often) so that they would be encouraged and strengthened to do more.”

In the comments section of his post, Tolosa also shared a message of Solomon to him last Thursday, June 28, where Solomon informed Tolosa that the filmmakers made their own poem instead of using Tolosa’s for the film. 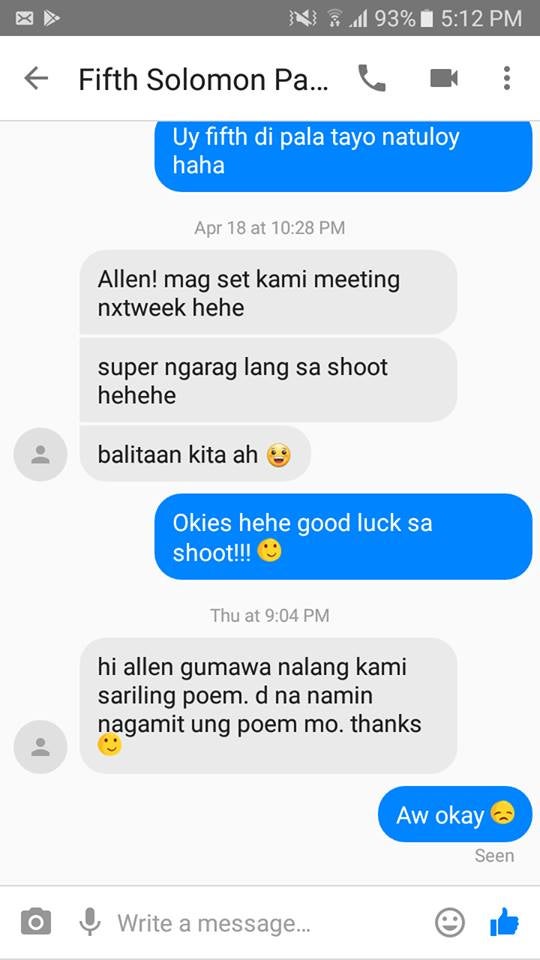 The message was sent on June 28, Thursday, just a day before the teaser of the film was posted by Gonzaga on her YouTube account on June 29.

The teaser of the film may be viewed below. JB