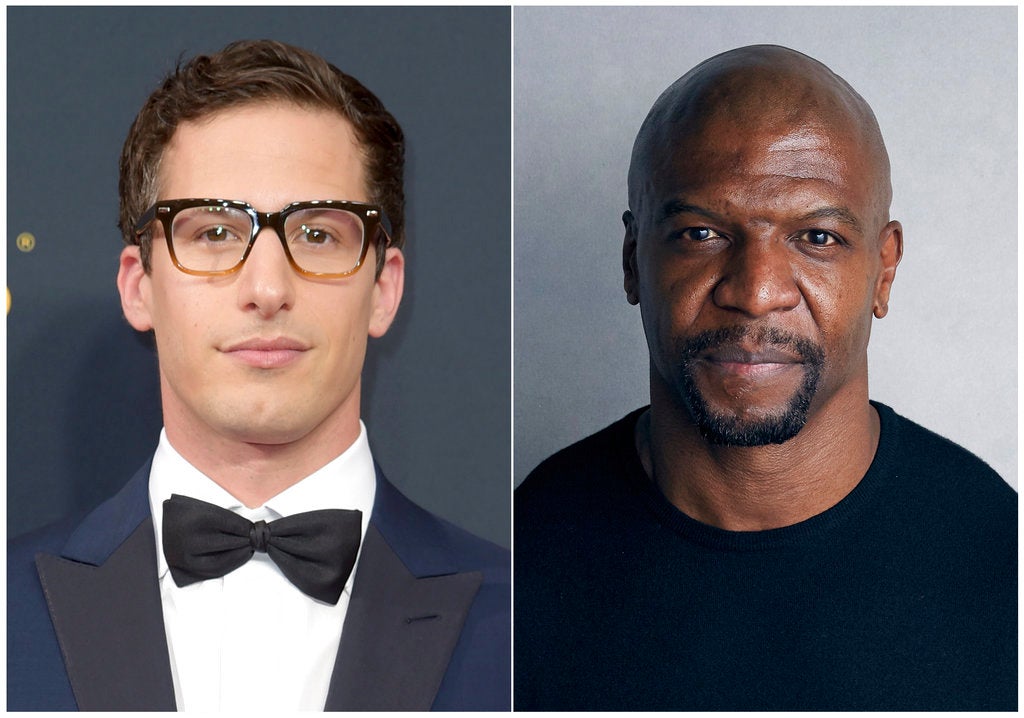 This combination photo shows Andy Samberg at the 68th Primetime Emmy Awards in Los Angeles on Sept. 18, 2016, left, and Terry Crews during the Sundance Film Festival in Park City, Utah on Jan. 21, 2018. Samberg and others on “Brooklyn Nine-Nine” stand with fellow cast member Terry Crews after Crews testified about an alleged groping Tuesday in Washington before the Senate Judiciary Committee. Images: AP Photo

Andy Samberg says he and others who appear on “Brooklyn Nine-Nine” are in awe of fellow cast member Terry Crews after the ex-football player’s testimony to U.S. senators earlier this week about sexual assault.

Support for the actor hasn’t been universal. Rapper 50 Cent mocked Crews’ testimony and was excoriated on social media.

Crews testified Tuesday in Washington before the Senate Judiciary Committee about being groped at a party by a powerful Hollywood agent he is now suing. Sen. Dianne Feinstein asked the actor, comedian and former athlete why he didn’t physically fight back. Crews explained that with the help of his wife, Rebecca, he has learned the benefits of non-violence in America, especially as a black man.

“We have a cast text chain and we were all texting him how incredible it was,” Samberg said Thursday of Crews’ testimony at a media appearance promoting his new film, “Hotel Transylvania 3: Summer Vacation.”

Los Angeles prosecutors declined to file charges against the agent, stating the groping didn’t meet the criteria for a felony and that the February 2016 incident fell outside the statute of limitations to prosecute it as a misdemeanor.

In a now-deleted post on Instgram, 50 Cent placed mocked Crews’ testimony. “LOL … Terry: I froze in fear. They would have had to take me to jail. …”

At a Starz network event Thursday night to support “Power,” a series 50 Cent appears on and executive produces, the rapper told The Associated Press: “You know what? When you put LOL behind any statement, it means you’re laughing out loud. That means it’s a joke. That’s it. Sometimes journalists leave those things out.”

The rapper then walked away. MKH

Terry Crews on toxic masculinity and his story of sexual assault