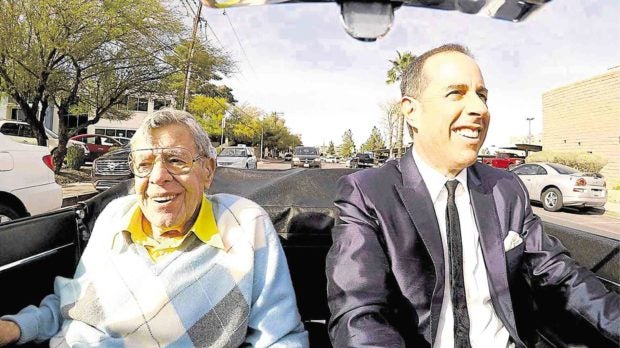 If “Seinfeld” was a “show about nothing,” the web series “Comedians in Cars Getting Coffee,” which begins streaming its 12-episode 10th season on July 6 in its new “home” on Netflix, is also a program about, well, nothing much.

But, at least it provides a chance for viewers to see some of Tinseltown’s hottest comedians in a less guarded light.

Designed as an unscripted talk show, “Comedians” sees Jerry driving his guest in a car that best reflects his or her personality—for example, Ellen DeGeneres in a sturdy 1977 Toyota Land Cruiser or Dana Carvey in a Volkswagen dune buggy. He then shoots the breeze with his funny pal over cups of coffee, in an episode that lasts between 12 to 23 minutes.

Sometimes, the show feels too trivial, random or frivolous to be truly compelling, but when it works, it plays out as an instructive peek into the idiosyncratic humor that makes a comedian click, as exemplified by guests Kate McKinnon (“Ghostbusters”) and Hasan Minhaj (“The Daily Show”). 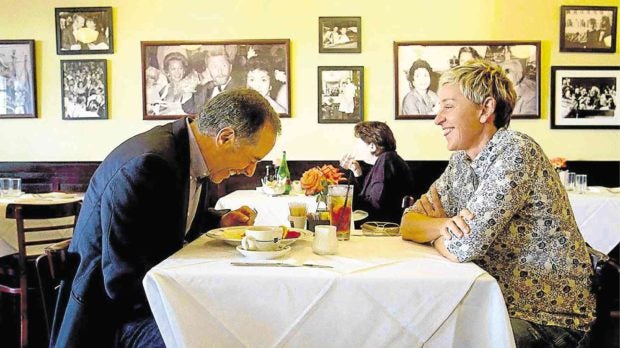 In the case of kooky Zach Galifianakis, who figures in the 10th season’s longest guesting (23 minutes), Zach even takes a moment to call out starstruck shutterbugs as he whines his resentment about being filmed or photographed in public without his permission—an inconvenient consequence of celebrity life that Jerry has learned to take with a grain of salt.

However, Jerry has a difficult time keeping a tight rein on mischievous motormouth Tracy Morgan when the latter discusses how “the comedy ecosystem purifies itself” and the adjustments required for the highly competitive stand-up comedy scenes in New York and Los Angeles.

The humor and wit of Dave Chappelle, who took a train from Maryland to New York at age 14 to pursue his passion for comedy, demonstrate the importance of context in comedy as he reveals how his brand of humor reflects his true personality, and why he describes the French “notoriously selfish.”

When he isn’t sharing anecdotes about crossing paths with Sarah Ferguson, Prince Andrew’s often embattled former wife, or delivering the lines of his gay character in Joe Orton’s “Entertaining Mr. Sloane” opposite Chris Carmack, Alec Baldwin has a grand time recalling his teenage years as a nerd and how even the idea of talking to girls paralyzed him with fear.

A chuckle-inducing episode has Dana Carvey talking about people’s “belated” disgust over Harvey Weinstein’s “sexually charged” shenanigans. In it, Dana also performs a hilarious “conversation” between Paul McCartney and John Lennon in heaven about Jesus Christ, Kanye West (who likens himself to the Son of God) and his selfie-loving wife, Kim Kardashian. 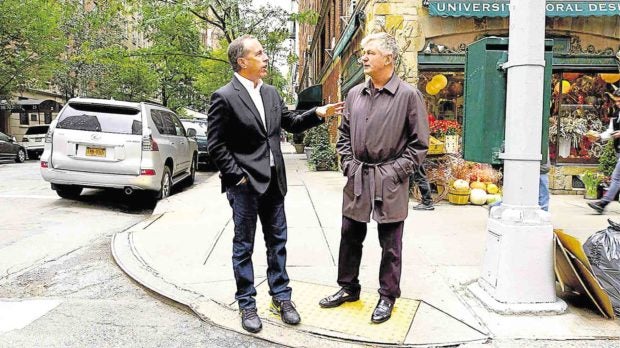 In another must-see episode, Ellen DeGeneres elucidates about her no-nonsense niceness as she remembers how she discovered her knack for rib-tickling comedy when she was forcibly thrust into the limelight during a fund-raising event.

Ellen’s revelations get more engaging when she discloses how, at 23, she was able to turn the car accident that killed her girlfriend into her famous “phone call to God” joke.

The comedienne also recalls the difficulty of being jobless for three years after she “outed” herself in her sitcom.

When she enthuses about why her wife, Portia de Rossi, prefers horses over kids, Jerry offers a “game-changing solution”: “Just keep giving Portia horses till she can’t stand them anymore!”

But, Jerry catches Ellen off-guard when he asks her to explain why she dislikes… penises!

The season’s most poignant episode is Jerry’s tête-à-tête with legendary comedian (and namesake) Jerry Lewis, who passed away in August last year, at age 91.

The show appropriately celebrates the method to Jerry Lewis’ comedic madness and ingenuity, recalling how he wrote “The Bellboy’s” 169-page script in 11 days, and discussing why he thinks it’s important for comedians to be “a little angry” to stay relevant. 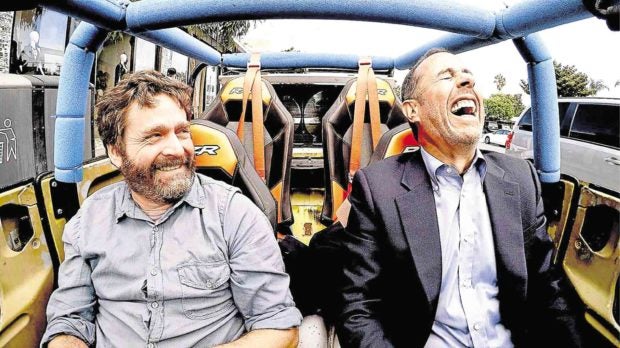