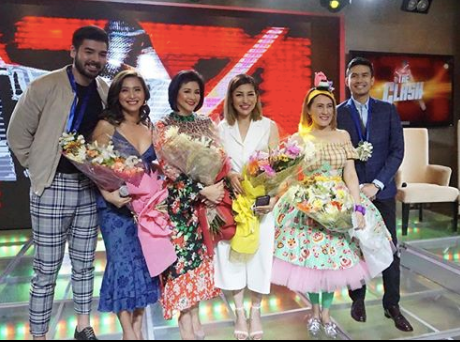 This also serves as Misalucha’s comeback project with GMA 7 after she left for the US several years ago. Back then she was one of the main acts of now-defunct Sunday variety noontime show “S.O.P.”

In previous interviews, Misalucha mentioned that part of the reason why she said yes to judge the show was because she could not let the opportunity pass to be working with good friend Regine once again as well as other the other judges. They were both in “S.O.P” before.

Velasquez meanwhile said she saw a lot of great potentials in the auditions. /muf

Read Next
Paul Rudd back as shrinking superhero Ant-Man
EDITORS' PICK
Get exciting deals and discounts when you download the new McDonald’s App
‘A greener, cleaner tomorrow’: A how-to guide for Filipinos who want to help with today’s energy crisis
SM continues to send relief assistance to remote towns in Batangas
Countries with confirmed cases of coronavirus
China expands lockdown against virus, fast-tracks hospital
Palace: US Senate move also made Duterte junk VFA
MOST READ
Taal’s sulfur dioxide emission increases
No time for revelry; Tagaytay instead plans for alert level 5
Palace: US Senate move also made Duterte junk VFA
Dina Bonnevie on Coney Reyes: We have forgiven each other
Follow @CAbanillaINQ on Twitter
Don't miss out on the latest news and information.