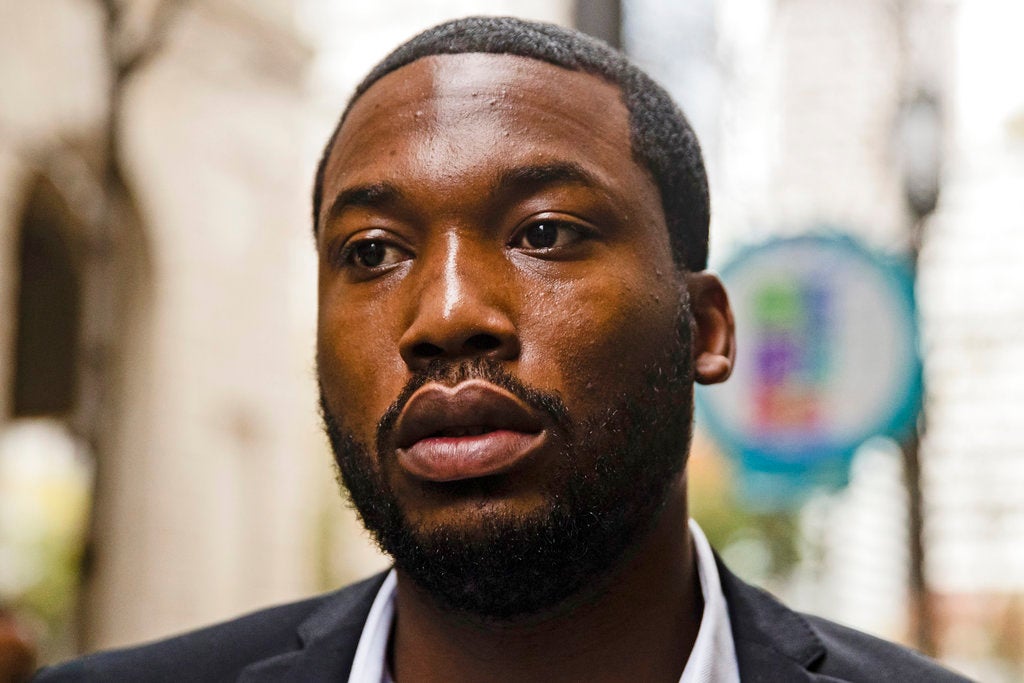 PHILADELPHIA (AP) — A Philadelphia judge denied rapper Meek Mill’s petition for a new trial in his decade-old drug and gun convictions Monday despite support for the request by the district attorney’s office.

Mill’s attorneys had asked for a new trial based on credibility issues with former Philadelphia police officer Reginald Graham, who was the only officer to testify at Mill’s original trial on his 2007 arrest. The Philadelphia district attorney’s office supported the request after placing Graham on a list of unreliable police witnesses.

Judge Genece Brinkley said late Monday she was not convinced that Graham was not a credible witness in Mill’s case. She wrote that if evidence that the former officer may have lied or stolen money was presented at his original trial, she believed it would not have changed the verdict. Mill had waived his right to a jury trial and opted to let Brinkley decide his case in 2007.

Brinkley sentenced Mill in November to two to four years in prison for violating probation. Mill served five months before the state Supreme Court ordered his release on bail.

Mill’s attorneys tried unsuccessfully to have Brinkley removed from his case, but said they plan to again seek to have her removed based on issues with the opinion and her conduct at the new trial request hearing.

Attorneys for Mill said Brinkley indicated during the hearing that she planned to rule against Mill, noting she said she was entering things into the record for appeal.

“Well, the only way something goes to an appeal is if she denies our motion,” said Jordan Siev, one of Mill’s attorneys. “It’s obvious by the way this whole thing was conducted, that it was a sham. She came at this with a thesis and she twisted the evidence to fit the outcome she wanted.”

Prosecutors and the defense attorneys stipulated that another judge had granted similar requests for new trials in three other cases involving Graham.

Siev noted what he said were other issues in Brinkley’s ruling, including a footnote that said the judge felt the attorneys were pitting her against the other female judge who had granted retrials. Siev also pointed to a footnote where Brinkley compared their argument that evidentiary hearings are unusual in these requests to an argument that slavery was accepted until someone said it wasn’t right.

“In what world do you draw this conclusion? It literally has no basis in reality. I have no idea why she would feel the need to put any of that in there,” Siev said.

Brinkley also raised concern that new District Attorney Larry Krasner, who had been involved in cases involving police corruption issues previously, might have a conflict of interest in deciding the officer’s testimony was not credible.

Ben Waxman, a spokesman for Krasner’s office, declined to comment on the opinion, saying the office respects the independence of the judiciary. NVG