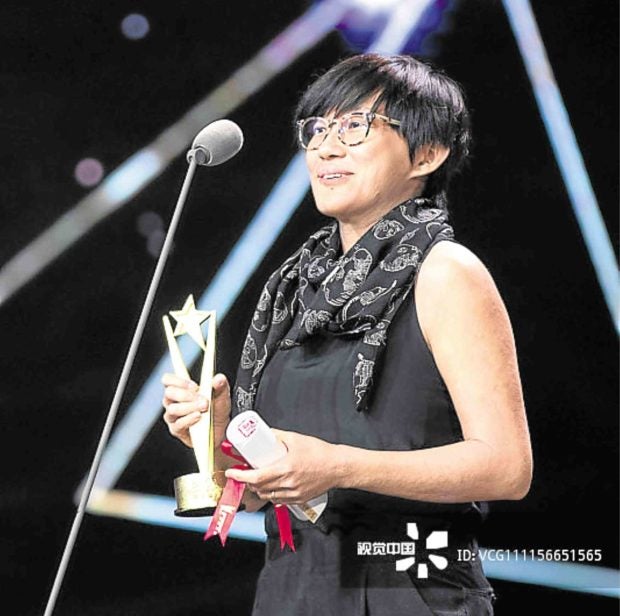 It was also Seno’s first time to present a film in mainland China. “I had no idea that Shanghai is such a cinema-going city,” she recalled. “There are theaters all over the place! I am also impressed with the festival audience’s devotion. I attended an 8:30 a.m. screening of a new documentary and was happily surprised to find the cinema full!”

Presenter Wu Ke-xi, a Taiwanese actress, pointed out in her speech during the awards ceremony: “The script is the soul of the film and where the dream starts.”

Another juror, Filipino filmmaker Raya Martin, agreed: “The screenwriter lays the foundation for the film, and a good screenwriter is someone who has a good understanding of human nature and is observant of the world around him or her.”

Seno explained: “When I was younger, I badly wanted to be an architect. I was in love with cities and buildings and spaces. But the more I studied architecture, the more I realized it isn’t about the spaces we inhabit, but about the spaces that inhabit us: childhood, memories, dreams, desires.”

An entry in last year’s Cinema One fest, Seno’s film focuses on a child growing up in post-Edsa Philippines, a turbulent time in our nation’s recent history.

That was how she came up with the idea behind her film.

“We grow up brainwashed by modern society to think that there are products to solve our problems, when in fact our problems lie in a disjunct between the world around us and the world within,” she remarked.