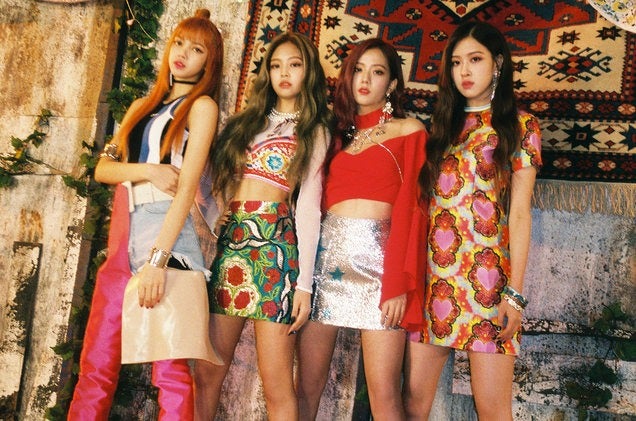 On Tuesday, the group rewrote history as the highest-charting K-pop girl group ever on the Billboard 100 chart, as its latest single “DDU-DU DDU-DU” peaked at number 55 on the competitive ranking.

According to a K-Pop Herald report, the act’s single from its “Square Up“ EP arrived with 12.4 million United States streams and 7,000 downloads sold in the tracking week ending June 21, based on stats from Nielsen Music. This prompted a number 39 entry on the Streaming Songs tally, where the act became the first K-pop girl group to chart a title.

It is the first time a female K-pop act succesfully landed on the Hot 100 chart since Wonder Girls’ English-version of “Nobody” debuted at number 76 in 2009, even surpassing 2NE1’s record, set by its “Crush” that peaked at number 61.

The U.S. magazine Billboard also stated that the four-piece group debuts at number 1 on Billboard‘s Emerging Artists chart, becoming the first all-female K-pop act to reign, and just the second K-pop group overall to lead the list, following SM Entertainment’s NCT in May.

The group’s “Square Up” EP has peaked at no. 40 on Billboard 200, while six of its singles, including “Forever Young”, “As If It’s Your Last” and “Boombayah” have also entered the magazine’s World Digital Song Sales chart. JB

Seo Kang-joon talks about being a robot in ‘Are You Human?’

Topping charts and raking in views, Taeyeon comes back strong with ‘Something New’