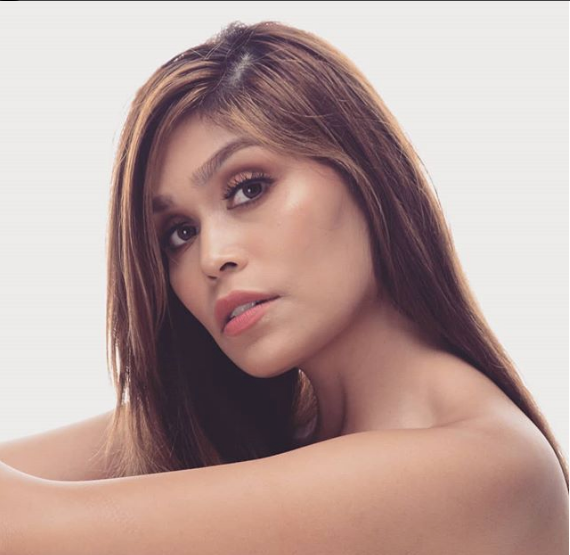 Garie Concepcion isn’t one who will stay quiet when a basher hits her, especially when her mother businesswoman Grace Ibuna is also involved.

Garie, half-sister of KC Concepcion, answered back at a netizen who called her and her mom “tsimiaa.” The exchange happened on KC’s Instagram post about her and Garie’s father Gabby earlier this week.

As KC showed some love for her dad for Father’s Day, Gabby appreciated her post with a comment: “I love you no matter what.”

However, Gabby’s comment started a series of replies between two netizens. First, one @princesskat_tee said that she and his fans love him. She also greeted Gabby’s two other daughters Sav and Sam, and then Garie whom she described as “pretty inside and out.”

Next, another netizen @wanderer_924, called out her out and tagged her as “bastos na fan ni Gabby.” (Gabby’s rude fan) She added “KC should block [you].” 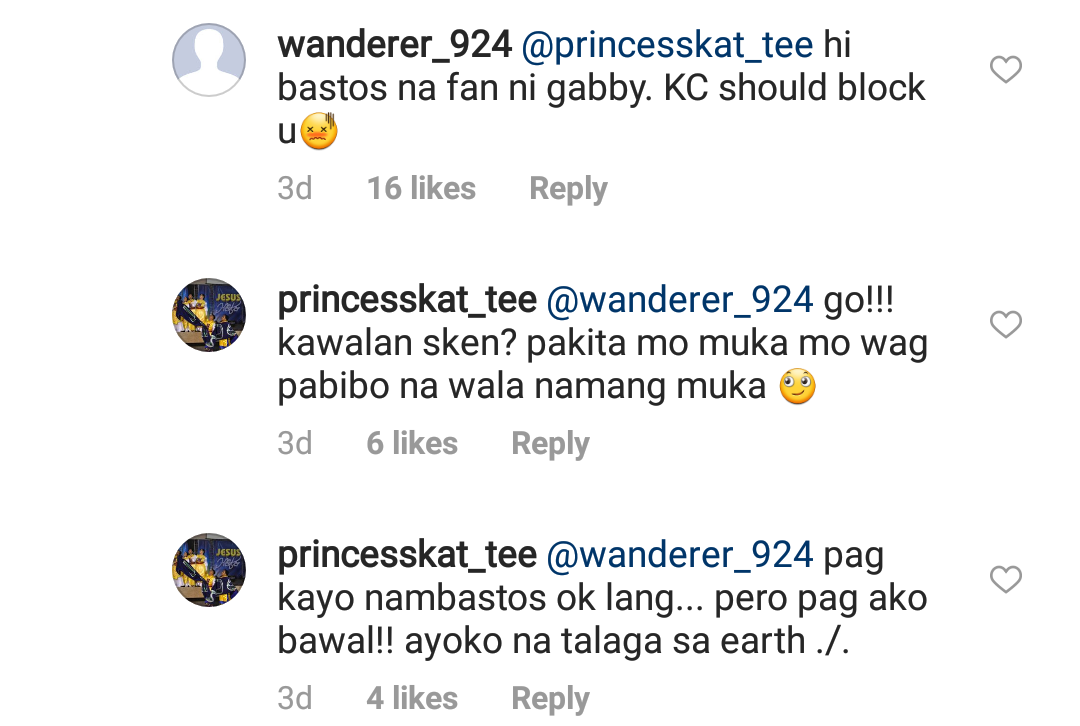 As their exchange went on, @wanderer_924 suddenly brought up Garie and her mom Grace by comparing them to @princesskat_tee: “[M]ukha ka rin siguro tsimiaa tulad ng mag ina na [G]arie and [G]race.” (Maybe you look like a maid, like Garie and Grace.)

This was when Garie joined the thread to comment about what the netizen said: “hi if you have nothing nice to say about my mother please learn how to keep quiet. You don’t know her. Salamat po (Thank you). God bless you.” It can be noticed that as of this writing, Garie is not among KC’s 2.3 million followers in Instagram, but the insulting words in the comments thread was somehow still brought to her attention.

Like KC, Garie has established a name for herself as a singer and actress. She was part of the cast of ABS-CBN’s “La Luna Sangre” starring Kathryn Bernardo and Daniel Padilla. JB

LOOK: KC Concepcion turns up the heat in Siargao for her birthday

Read Next
LOOK: Angelica Panganiban, Carlo Aquino continue to tease fans with ‘anniversary’ snapshots
EDITORS' PICK
Get exciting deals and discounts when you download the new McDonald’s App
Batangas execs, Taal evacuees thank House; hopeful on rehab efforts
SM continues to send relief assistance to remote towns in Batangas
PAL: Passengers with flights to parts of China may request for refund, rebooking
5 years after Mamasapano, son of fallen SAF 44 trooper remembers his ‘idol’
‘A greener, cleaner tomorrow’: A how-to guide for Filipinos who want to help with today’s energy crisis
MOST READ
Seized food items from China tested positive for ASF–BOC
No time for revelry; Tagaytay instead plans for alert level 5
Taal’s sulfur dioxide emission increases
Dina Bonnevie on Coney Reyes: We have forgiven each other
Follow @KHallareINQ on Twitter
Don't miss out on the latest news and information.