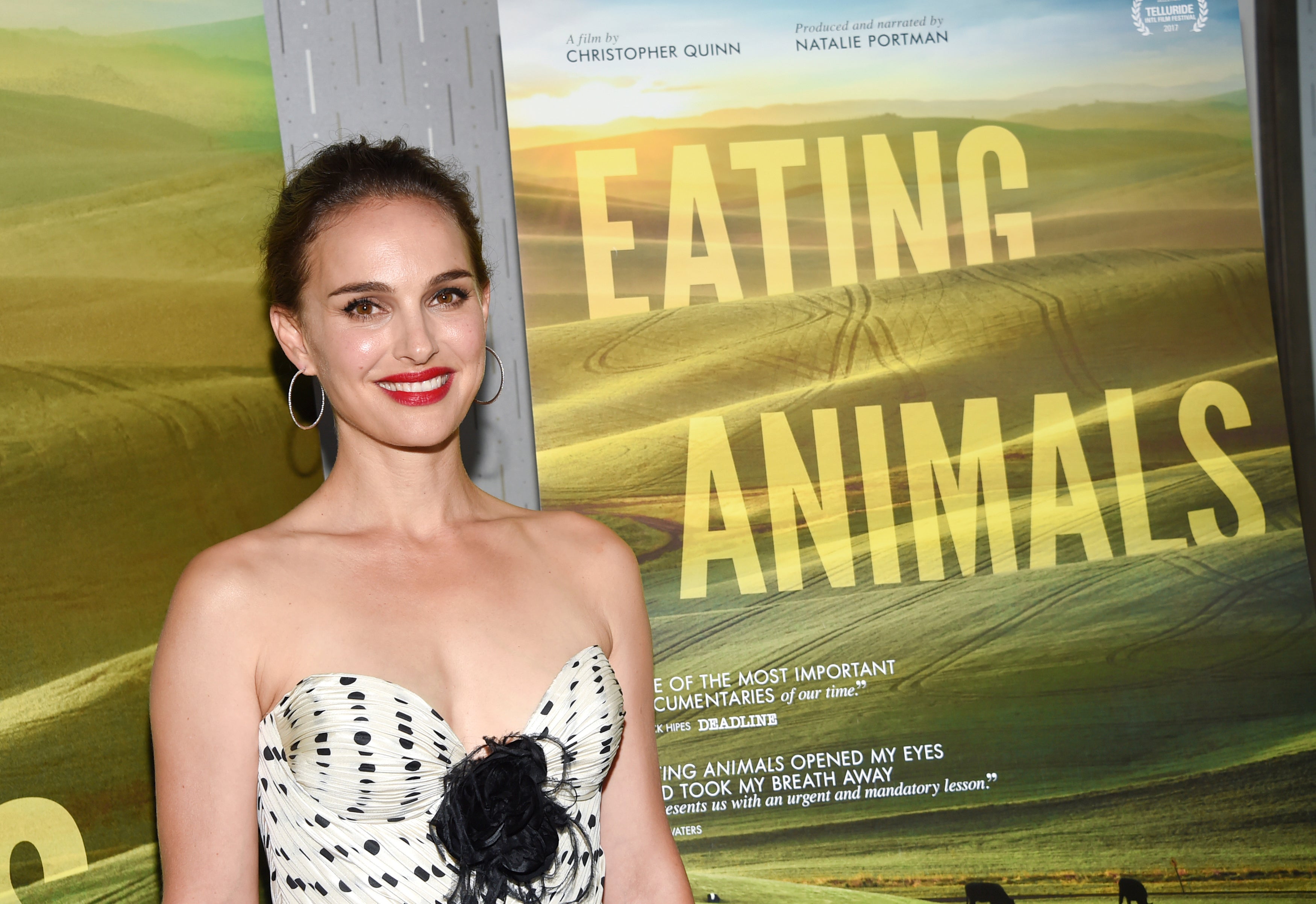 NEW YORK (AP) — Natalie Portman and Jonathan Safran Foer hope they can change the world — one dinner plate at a time.

The actress and the author have teamed up to produce the documentary “Eating Animals,” an indictment of the factory farm system that argues we are feeding ourselves all wrong.

The film takes viewers from a Perdue contract farmer in Fairmont, North Carolina, who is knee-deep in both debt as well as chickens suffering horrific abnormalities, to a small free-range pig farm in Thornton, Iowa, where the animals roam freely. 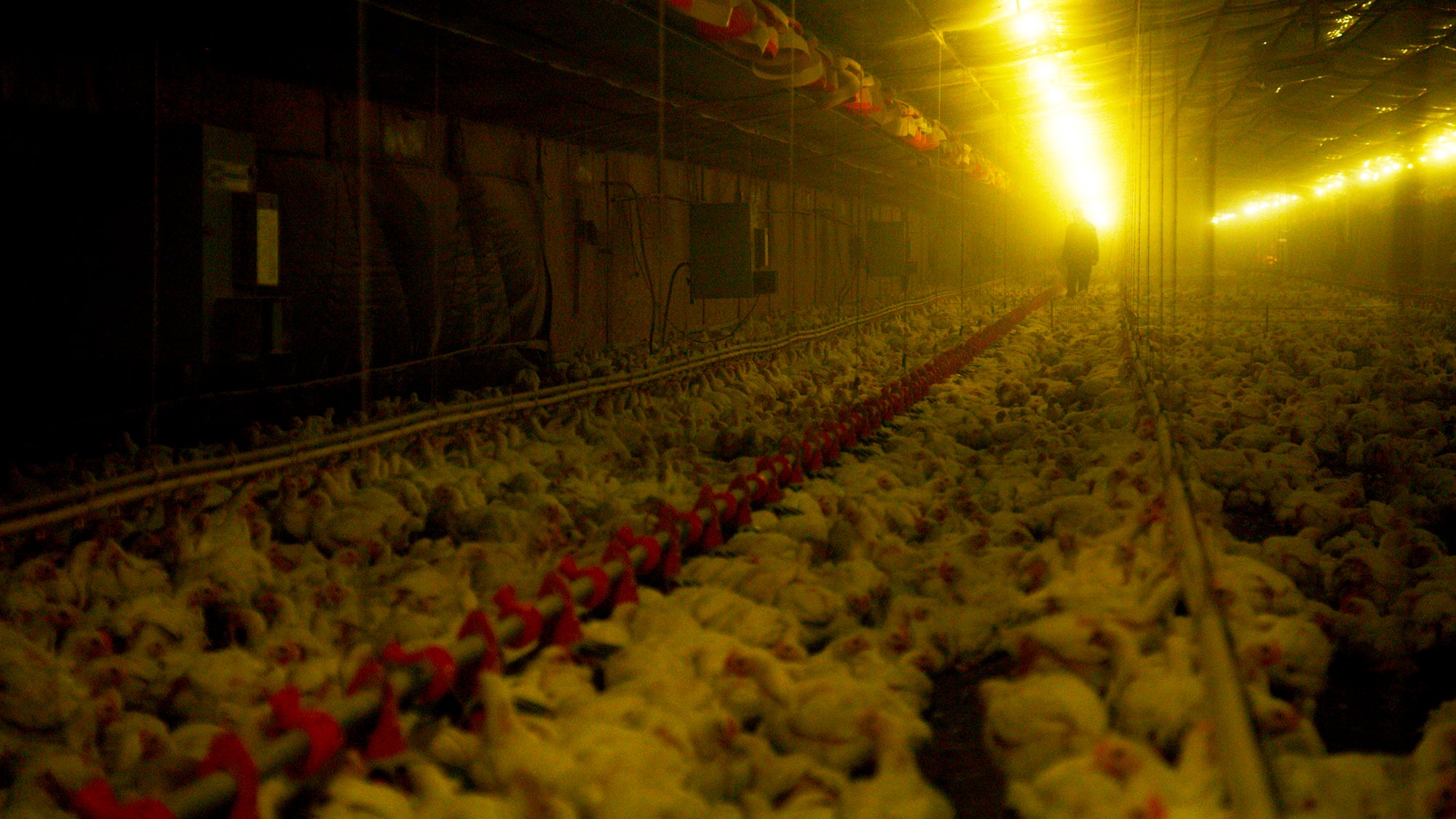 The filmmakers visit various farms to make the case that animals confined indoors in massive factories, fed antibiotics, genetically altered and bred for the most meat isn’t inevitable.

“I literally cannot conceive of the person who isn’t a psychopath who would walk into a factory farm and say, ‘Looks good to me,'” Foer tells The Associated Press.

“We don’t all have to reach the same conclusion but we have to begin at the same starting point, which is, ‘These are the facts of the world. This is how our farming system works. And we have a choice.'”

Directed by Christopher Quinn, the film is the feature-length adaptation of Foer’s critically acclaimed book of the same name. But while the book is a whirlwind and freewheeling expression of the author wrestling with the notion of meat, the film largely looks at the issues facing livestock farmers.

“I was telling a story not documenting something,” said Foer, who began exploring the origin of meat as he was becoming a first-time father. “And the film is a documentary, rather than something in the storytelling tradition. It does things the book can’t do and doesn’t do, just as the book does things the film can’t do.”

“The point was to make something watchable. We want people to see it. You don’t want someone so disturbed that they want to leave or not watch anymore. You want to continue the conversation,” she says.

“The focus of the film is these farming practices that we’ve lost — the traditional, really American ways that really pay attention to the beauty and the detail and the hard work it takes, and the respect for the land and animals that’s really being disrespected.”

While humanity faces huge complicated issues — global warming, education, immigration — Foer and Portman argue the future of factory farms can be decided by individual consumers. Their solution is to get people to skip meat every once in a while — multiplied by millions.

Foer, whose other books include “Everything Is Illuminated” and “Extremely Loud & Incredibly Close,” and who is a vegetarian (Portman is vegan), knows converting people to a meatless diet is unlikely to happen overnight.

Instead, he asks carnivores to identify when meat is important to them — say Thanksgiving, birthdays, July 4, family reunions and summer barbeques. Eat the meat then, Foer says, but not when it isn’t significant.

Hungry at the airport? Don’t automatically reach for that old turkey sandwich. Find another option. Dining at a Chinese restaurant? Skip the General Tso’s chicken and order noodles. “If we just remove the times when we don’t even care about it, that would solve the problem,” Foer says.

Foer and Portman anticipate that the film may trigger reactions, with some perhaps thinking it goes too far and others believing it doesn’t go far enough.

“We can make fixes actually pretty quickly if we’re not afraid of hypocrisy. The fear of being a hypocrite stops so many people from taking the first step because they have to acknowledge they’re not taking the last step.”

Portman sees hope for the end of factory farming in the vast demands for change currently roiling society, including the #MeToo movement and the gun-safety protests.

“There is definitely a new generation who is paying a lot more attention to this and we do see the possibility for people questioning and overturning the status quo in a short amount of time,” she says. NVG

Only brain dead lobsters fit for cooking in Switzerland

Disruption of the food chain in ‘Okja’