Michael Jackson life to be turned into musical 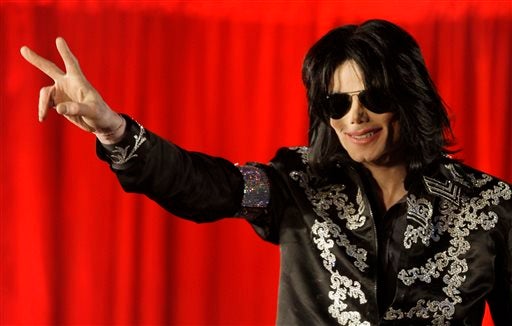 NEW YORK, United States – The life of Michael Jackson will be coming to Broadway in a musical incorporating the King of Pop’s tunes penned by a leading US playwright.

Producers of the musical announced the project on Tuesday without revealing a title and said they aimed for a premiere in 2020.

The musical, which is being co-produced by the late King of Pop’s estate, will be written by Lynn Nottage, a two-time winner of the Pulitzer Prize.

Nottage, a professor in the theater department of Columbia University, most recently won acclaim for “Sweat,” a play about a blue-collar town in Pennsylvania that sees an eruption of ethnic tensions with immigrants as industrial jobs vanish.

The play, for which Nottage traveled to Pennsylvania to do first-hand research, premiered in 2015 and was later seen as a prescient look at the people who voted in President Donald Trump.

The Jackson musical will incorporate his music and feature choreography by Christopher Wheeldon, a prominent force in ballet.

Wheeldon has written original works for the Royal Ballet in London based on Lewis Carroll’s “Alice’s Adventures in Wonderland” and Shakespeare’s “The Winter’s Tale.”

In New York, Wheeldon has written both a ballet and a musical based on “An American in Paris,” Gene Kelly’s 1951 movie inspired by the music of George Gershwin.

It remains to be seen how the upcoming musical will portray Jackson, who has largely been seen as a tragic figure since his 2009 death, although the involvement of his estate raises expectations that the work will focus on the positive.

Jackson found stardom in his childhood as part of The Jackson 5 before achieving unprecedented success as a solo artist, with his 1982 “Thriller” remaining the top-selling album of all time.

Jackson died while under propofol, a powerful anesthetic administered by his personal doctor to help him sleep. The singer had been acquitted four years earlier of allegations of child molestation, which he strenuously denied. /cbb