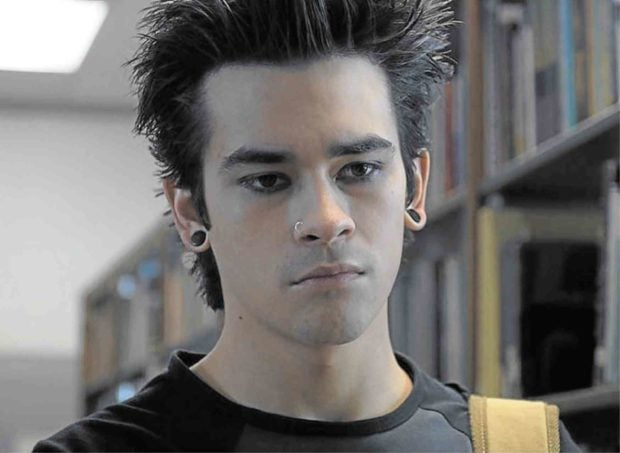 Bryce Cass was cast last year to star in the second season of “13 Reasons Why” as new character Cyrus, “an edgy, cynical mischief maker who serves as an unexpected champion of the downtrodden,” according to entertainment site Variety.

Now that the hit Netflix series is out, Cyrus is shown as a prominent addition, a punk rock-influenced student who leads his own group of rejects and unhesitatingly befriends misfit photographer Tyler (Devin Druid).

Cass, 20, is a former child actor whose guest appearances in TV shows include “ER,” “Barney & Friends” and, more recently, “The Night Shift.” He also had roles in films like “The Guardian” and “Battle: Los Angeles.”

Weeks after the second season’s release last month, the actor uploaded on Instagram a few photos of himself and some “13 Reasons Why” castmates. “Thanks for giving Cyrus some love,” he said in one caption, addressing his growing number of online followers. “Loved filming this scene,” he wrote, in another image with his gang of troublemakers.

Cass is expected to return next year for the show’s third season. —OLIVER PULUMBARIT