Treb wants everyone to speak up | Inquirer Entertainment

Treb wants everyone to speak up 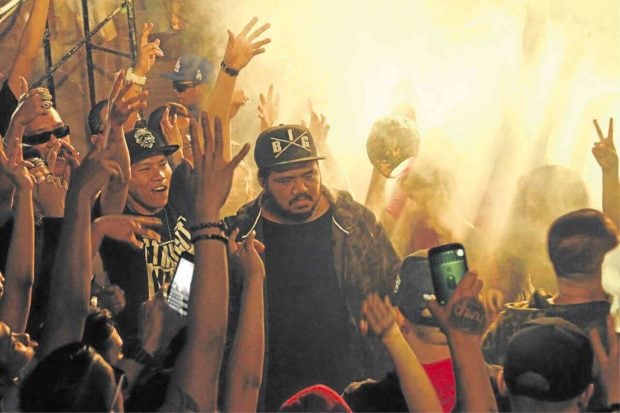 Clearly, this is not the same Famas of yore.

The highlight of the 66th Famas Awards was the audaciously rousing acceptance speech made by Treb Monteras II, whose Cinemalaya film “Respeto” won the Grand Jury Prize, along with Arnel Barbarona’s “Tu Pug Imatuy.”

Monteras dedicated the honor to victims of human rights violations, then and now—specifically, those who suffered during the martial law regime and those who are now suffering in the ongoing war against drugs.

He asserted: “Huwag tayong matakot na gamitin ang ating boses para magtanong, para magsalita at higit sa lahat para mag-ingay! (Let us not be afraid to use our voice to inquire, to speak and, more than anything else, to make noise!)”

Treb and son Aidyn at the Famas

Monteras told the Inquirer: “I want to encourage other filmmakers and artists to use our craft to speak up about what’s happening in our country. We are a very strong community, but we won’t win this battle if we keep silent.”

“Respeto” is vying for two trophies (best director for Monteras and best actor for Abra) at the Asian New Talent Awards of the Shanghai International Film Festival.

Red told the Inquirer: “It’s interesting to note that ‘Neomanila’ and ‘Respeto’ deal with the drug war and EJK (extrajudicial killings). I think it’ll be the first time Chinese audiences will get a glimpse [of the issue]. I am curious to see their reaction.” —BAYANI SAN DIEGO JR. 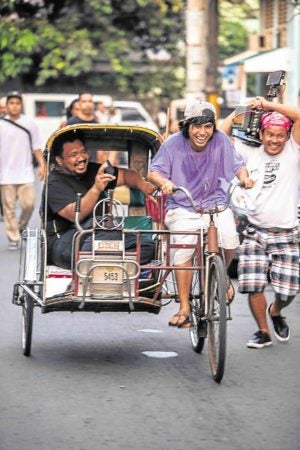 Treb (left) and Abra on the set of “Respeto” —JEB GARCIA

Read Next
Megan: Fame no longer out of reach for the truly talented
EDITORS' PICK
The Best Tech Gifts For The 2022 Holidays
Is it safe to talk politics again at family gatherings? ‘The Reconciliation Dinner’ shows us what that’s like
EDITORIAL: To a bike-friendly future
House energy committee chair Arroyo bats for cheap electricity
vivo’s coming to town to grant wishes with more holiday promos
Pagasa: Warm, sunny Sunday in most parts of PH
MOST READ
LOOK: Vhong Navarro transferred to BJMP detention facility in Taguig
The Elephant Man in the Senate
Posh village as ‘shabu’ haven
LOOK: Zanjoe Marudo bonds with Ria Atayde, her family
Don't miss out on the latest news and information.