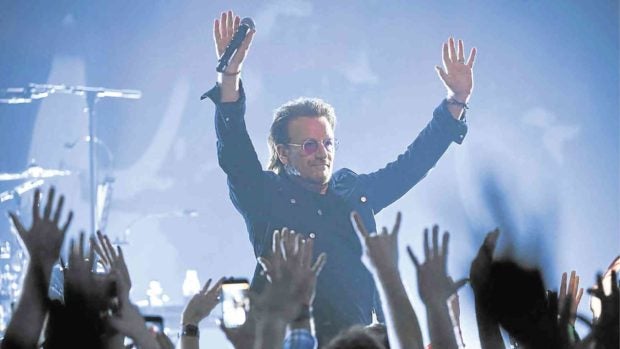 In an exclusive SiriusXM show at the Apollo Theater recently, U2 frontman Bono paid tribute to the many “inspiring, useful people,” who gave up on their own lives—the most recent one being chef-travel show host Anthony Bourdain, who was found dead in his room in France, where he was working on an episode of “Parts Unknown.”

Bono, who also alluded to fashion designer Kate Spade’s suicide in his speech, performed “Stuck In a Moment You Can’t Get Out Of” in honor of the artists the industry lost over the past few years.

“Fashion, and now this great storyteller, who I’m sure had stories he couldn’t tell us. To Anthony Bourdain, his friends and family, this is a song inspired by a great, great, great friend of ours. His name is Michael Hutchence,” he told the crowd, according to People magazine.

Michael is the former lead singer of the band INXS, who took his own life in 1997. “It’s hard to lose a mate. This band has been through that, and music lost some great people who gave up on their own life and that makes it harder,” he said. 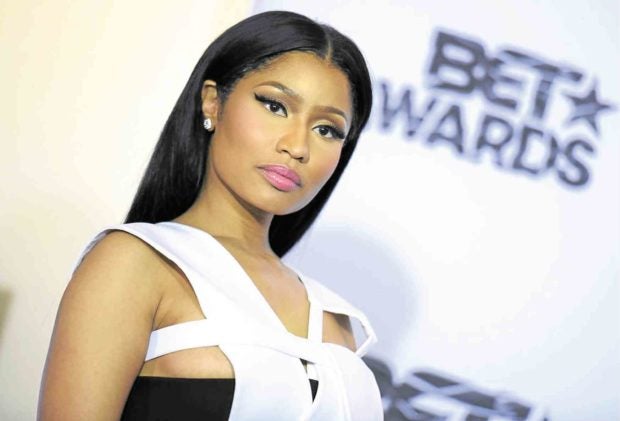 Nicki Minaj: I don’t need a man for a job

Nicki Minaj believes that her coming album, “Queen,” may well end up being “the best album of the year.” And it’s thanks to hard work and … being single.

“Spiritually, I have experienced more growth in the last six months of my life, of my career, than I have in the last eight years,” the hip-hop artist told Elle magazine. “It’s the first time in my life I’ve ever been single.”

The “Chun-Li” rapper, who had been in relationships with fellow musicians Nas and Meek Mill in the past, said being single made her feel “strong and powerful.” “As soon as I realized that I could actually live and breathe, and eat and sleep, and walk and talk, without having a boyfriend, something clicked in me,” said Nicki.

She also takes pride in being able to attain success without having to “f*ck for beats” and a “record deal.” “The fact that I’m a young woman who doesn’t need a man for money,” she continued. “I don’t need a man for a job. I don’t have those pressures.” —ALLAN POLICARPIO