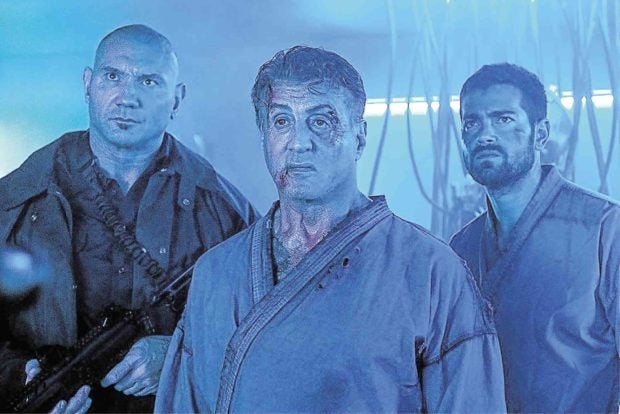 The last time Sylvester Stallone tried to break out of an impenetrable prison, he had Arnold Schwarzenegger by his side to help him accomplish his Herculean task. In Steven C. Miller’s “Escape Plan 2: Hades,” there’s no shortage of familiar faces helping former prosecutor Ray Breslin (Sylvester) pull off another high-wire act.

This time, Ray has to find a way to get inside Hades, the most elaborate prison ever built, to save Shu Ren (Huang Xiaoming), an operative in the security firm he runs who has been kidnapped and hauled off to Hades by the warden-like Zookeeper and his terrifying underlings.

Life in Hades is no walk in the park, to say the least. While he awaits help from Ray, Trent DeRosa (Dave Bautista), Hush (50 Cent) and Abigail Ross (Jaime King), Shu, his whiny cousin and Hades’ other hardened inmates (Jesse Metcalfe, Alphonso Jackson) must outsmart their captors and fight for their lives in deadly “Fight Club”-channeling mano-a-mano matches inside the “continually shifting” facility.

The film has a fitting “survival of the fittest” premise that quickly gets lost in Miller’s rambling cinematic translation. 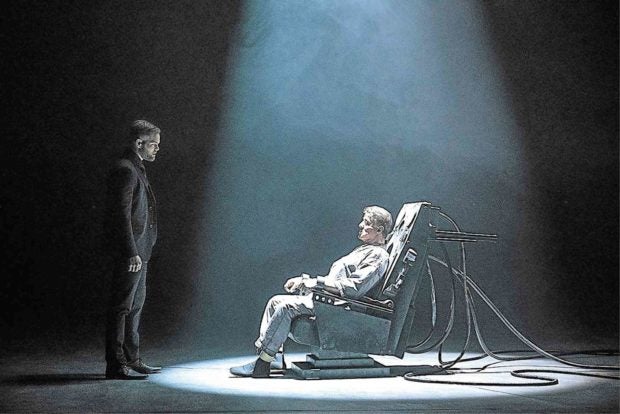 Visually, the production relies on its cold-steel sheen and high-tech gloss to convey an atmosphere of hopelessness and sinister dread, but the only thing it’s good at is showing closeups of its wrinkly actors’ worried faces as they mouth snooze-inducing dialogue that is as bland as Sylvester’s expressionless face, and as slow as the Chinese actors trying to rise above the incomprehensible delivery of their English lines.

Yes, the Chinese-produced (non) actioner wants to showcase its photogenic local actors but ends up boring viewers with soporific prattle and unimaginative action sequences, instead.

It is further weighed down by a glacially paced progression—you notice yourself continually shifting in your seat as you wait for more than an hour for its 71-year-old action star to get inside Hades and get the action going.

Unfortunately, despite what looks like a series of fight scenes, the promise of bone-cracking, edge-of-your-seat action never comes.

As if a meandering story and unintelligible, non-English-speaking actors are not punishment enough, viewers are forced to listen to Sylvester Stallone doing voice-over work—it’s like listening to a drugged-out baritone delivering his perfunctory lines while his mouth is full!

Has Miller not gotten the memo that, for the most part, action superstars like Stallone and Schwarzenegger are better seen (in action) than heard?