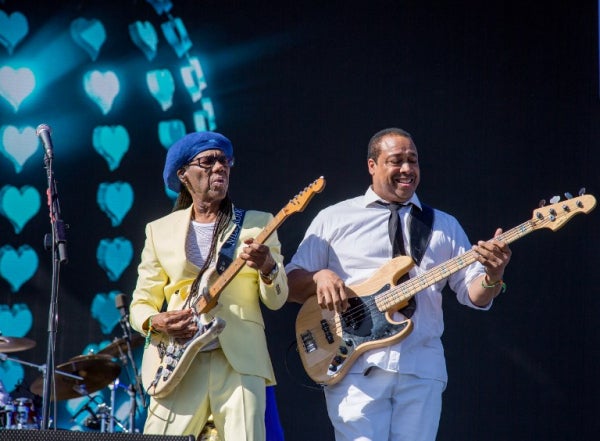 Disco-era titans Chic are returning with their first album in more than 25 years, with its songwriter, the producer extraordinaire Nile Rodgers, set to draw an all-star cast.

The group, now formally called Nile Rodgers & Chic, announced that it is readying an album appropriately called “It’s About Time,” with a cover featuring two models that mirrors the original “Chic” album from 1977.

“Not only is the cover a reboot of the beginning of Chic, this period feels like a reboot of my life. Music is the most powerful force in my life,” the 65-year-old Rodgers wrote on Facebook.

The group did not immediately reveal a release date or tracklist but offered a preview by performing a first song, “Boogie All Night,” this week on BBC television.

Centered on Rodgers’ guitar riffs with a synthesized woodwind counter-melody running through it, the song is driven by an infectious retro funk beat but brings in a fresh cast of contributors — British soul singer Nao and Mura Masa, who has been winning critical acclaim as an electronic musician but plays guitar on the track.

Rodgers has written or produced music for a who’s who of top stars including Madonna, David Bowie and Daft Punk. In an interview last month with AFP, Rodgers said he was also scoring an upcoming autobiographical runway show by fashion legend Jean Paul Gaultier.

Speaking about the upcoming album to fashion magazine V, Rodgers said he has been in the studio recently with the mega-stars Bruno Mars and Black Eyed Peas, Michael Jackson producer Teddy Riley and experimental hip-hop artist Anderson .Paak, without specifying whether the music would go on “It’s About Time.”

Nile Rodgers & Chic have been touring extensively in recent years, bringing crowds to their feet with disco anthem “Le Freak” as well as Rodgers’ tracks for other artists.

“It’s About Time” would be the first Chic album since 1992 and the first without bassist Bernard Edwards, who founded the group with Rodgers and died in 1996 after falling ill while playing in Japan. MKH

The best performances at the 2014 Grammys