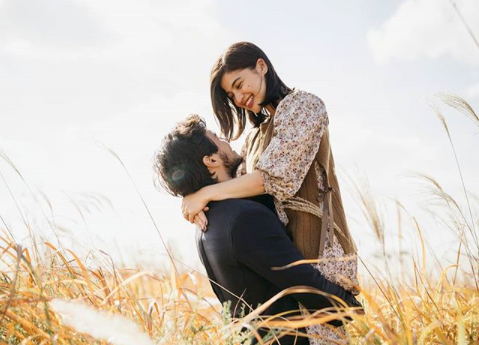 These days, people seem to have taken to touchscreen smartphones for their default phone of choice, as it gives access to social media platforms much easier with the help of apps. But back then, when the smartphone was still just slowly crawling out of its shell and keypads weren’t a thing of the past, instant messaging seemed to be one of the prime choices for communication.

Erwin Heussaff himself used instant messaging eight years ago when he and now-wife Anne Curtis were still in the early years of dating. Heussaff, who took to his Instagram last June 10, shared an old conversation that he and Curtis had back in 2010 on BlackBerry Messenger (BBM).

“A conversation on BBM (when that was a thing) in June of 2010. Not much has changed @annecurtissmith,” wrote Heussaff.

Heussaff divulged that their nicknames on the instant messenger, which were self-selected, were “annoying.” He also added that “emojis weren’t as sophisticated as they are now.”

“The way to a woman’s heart is clearly through the stomach,” Heussaff continued to write. “It’s always the man’s fault even if he is just trying to help out. Always back up all your conversations on drive, you never know when you’ll want to read them again for a good laugh.”

Their funny exchange on BBM showed Curtis’ nickname as “<3 gANNEda Curtis-Smith <3” and Heussaff’s as “*FR* Erwan Heussaff™” and showed the couple seemingly indecisive as to where they should eat.

“Haha which one fatty,” Heussaff said in jest.

Not knowing where to eat has always been a running joke around friends and couples, but it seems the analysis paralysis on where one ought to eat is all too real — and even Heussaff and Curtis weren’t immune to it.  But perhaps if there’s anything worth mentioning, it’s that these days, there would be no need for Curtis to stress out on where and what to eat, as she can just ask husband Heussaff to whip in the kitchen whatever she may please.  /ra