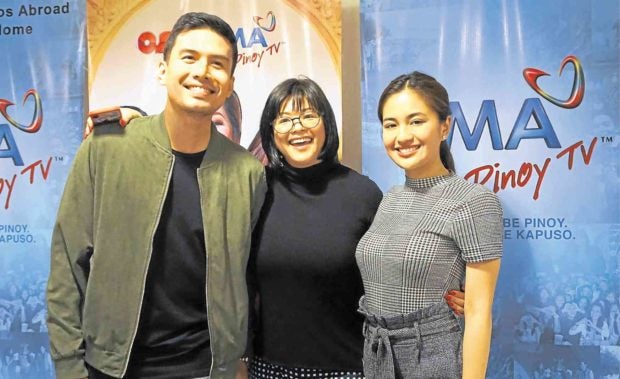 For better or worse, photo-taking and video recording are now part of attending concerts.

While most artists don’t mind the fans using their mobile phones, Regine Velasquez, Christian Bautista and Julie Anne San Jose—who are bringing their “3 Stars, 1 Heart” concert series to Dubai tomorrow—stressed that the live music experience gets diminished when one is looking at his screen, instead of the stage.

“You can’t really fault the people for doing that, because I know that, for some of them, seeing their favorite stars is a one-off opportunity. So, naturally, they will record the performances so they can watch it over and over again. I can’t take that away from them,” Regine said at a press conference.

But, she stressed, a mobile phone will never be able to capture the “full effect” of live music. “When you’re there, all your senses are working—you feel the bass, the energy,” she said.

“You can’t stop them. Go for it… They will get tired eventually anyway,” Christian jested. “But we just do our best.”

Mounted by GMA Pinoy TV, the show, which will be held at the Dubai World Trade Center, will have new segments, including “Regine by Request,” where the singer will grant song requests and share the stage with seven fans.

“The gig is always evolving. We will do different numbers, pairings, songs,” Christian added.—ALLAN POLICARPIO