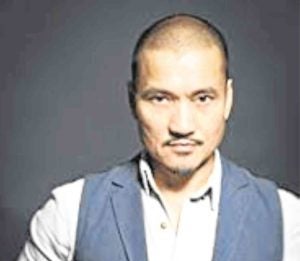 Jon Jon tackles the role of Herman in Reprise 2.0’s production of “Sweet Charity” in Los Angeles, where he and his family live.

While appearing as the showstopping The Engineer in New York, he managed to shoot scenes as Modesto Cunanan, the father of Andrew Cunanan (Darren Criss) in FX’s crime anthology series, “The Assassination of Gianni Versace: American Crime Story.” Jon Jon made his mark in the role and was praised by critics.

In “Sweet Charity,” Jon Jon joins Laura Bell Bundy (whose credits include “Legally Blonde,” for which she earned a Tony nomination, and “Hairspray”) as Charity, and Barrett Foa (“NCIS: Los Angeles,” “Avenue Q” and “The 25th Annual Putnam County Spelling Bee”) as Oscar.

Jon Jon and his cast mates have been rehearsing for this revival of “Sweet Charity,” which debuted on Broadway in 1966. Theater legend Bob Fosse directed his then wife, Broadway sensation Gwen Verdon, in the musical based on Federico Fellini’s film, “The Nights of Cabiria.”

With choreography also by Fosse, dialogue by Simon, and music by Coleman and Fields, the original production featuring such musical classics as “If My Friends Could See Me Now” and “Where Am I Going,” earned nine Tony nods. Fosse also directed and choreographed the 1969 movie adaptation that memorably starred Shirley MacLaine as Charity. 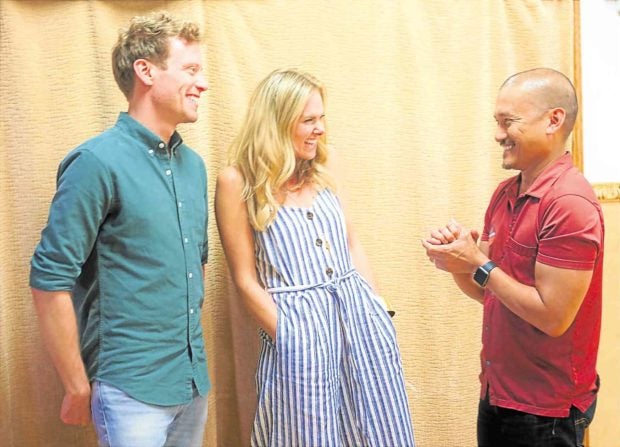 The coming production, opening on June 20 at UCLA’s Freud Playhouse, is Jon Jon’s return to the LA theater scene following his well-received turn as Georges in East West Players’ hit production of “Birdcage.” Jon Jon appeared in that musical, fresh from his triumphant take of The Engineer in the West End revival of “Miss Saigon,” for which he cinched a Laurence Olivier Award nomination.

Three-time Tony winner Kathleen Marshall, who was behind such Broadway hits as “Anything Goes” (with Sutton Foster) and “The Pajama Game” (Harry Connick Jr.), directs Jon Jon, Laura and Barrett in the latest revival of “Sweet Charity.” The musical marks Reprise 2.0’s return to the UCLA’s Freud Playhouse.

More details of “Sweet Charity,” which runs until July 1, on www.Reprise2.org.

Excerpts from our e-mail interview with Jon Jon:

What are you looking forward to about being in this musical? I’m very excited to be working with this talented company headed by Tony-winning director/choreographer Kathleen Marshall and our stars Laura Bell Bundy and Barrett Foa. And I’ve always wanted to do a show for Reprise. I’m so happy that they’re back.

Herman, your character, is described by Wiki as “the authoritarian owner of the Fandango Ballroom.” Is he as fun and wicked as your Engineer in “Miss Saigon”? Herman is different, but they’re equally fun to play. It’s not a matter of life and death for Herman, but his wants and frustrations are as real. And it’s just nice to be doing a comedy for a change.

If you have seen both stage and film versions of “Sweet Charity,” what was your reaction? I’ve only seen the movie version of “Sweet Charity,” and I loved it. I saw it in the mid-’80s. I’m a big fan of both Bob Fosse and Neil Simon’s work. And Shirley MacLaine was amazing in the role of Charity Valentine.

The legendary Bob Fosse directed and choreographed both original stage and movie versions. Are you excited to do some Fosse moves onstage? Fortunately, I don’t have to dance in this show (or maybe I do). I’ll leave the dancing to the real dancers.

Have you worked previously with anyone in the cast? This is the first time I’ll be working with everyone in the company. We just had our first read-through of the show yesterday, and I can say that we have an amazing cast!

What do you enjoy about performing in Los Angeles? LA is my home and most of my friends are here. It’s just so nice to perform in front of friends, and LA audiences are great! They really know their theater.