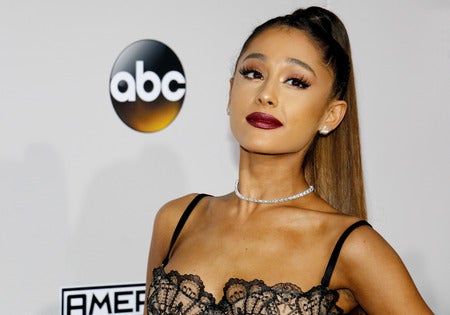 If observers thought that Ariana Grande and Pete Davidson’s engagement was much too soon, then reports of when the ring was purchased may be more shocking.

E! News reports that as per jeweler Greg Yuna, the “Saturday Night Live” comedian placed the order at the end of May, which was around the same time that they made their relationship Instagram official—quite the whirlwind romance.

Yuna said Davidson didn’t say who it was for, but still offered him the “right ring”: a teardrop-shaped diamond ring worth $93,000 (P5 million), which is over 3 carats and which took two weeks to create.

Though Grande hasn’t shared a picture of the ring, she has been wearing it out in public, from a June 2 Wango Tango concert to a June 11 trip to Disneyland. Since the relationship was fresh, fans didn’t make much of the fact that she was wearing one.

In the following post, Grande is seen flashing a ring in a June 8 ambush interview after Kanye West and Kid Cudi’s “Kids See Ghost” album listening party, which she attended with Davidson.

Ariana Grande engagement ring are so beautiful 💍 shine bright like a diamond 💎 pic.twitter.com/54aTFi2Gq5

She also doesn’t hide it in a picture shared by brother Frankie Grande:

Though the couple is relatively new, it’s safe to say they’ve known each other over the years. The two interacted when Grande hosted and performed on “Saturday Night Live” back in 2016. Perhaps what has been surprising is that the two had just bounced back from failed relationships in May.  Niña V. Guno /ra