Viva babies, all together now 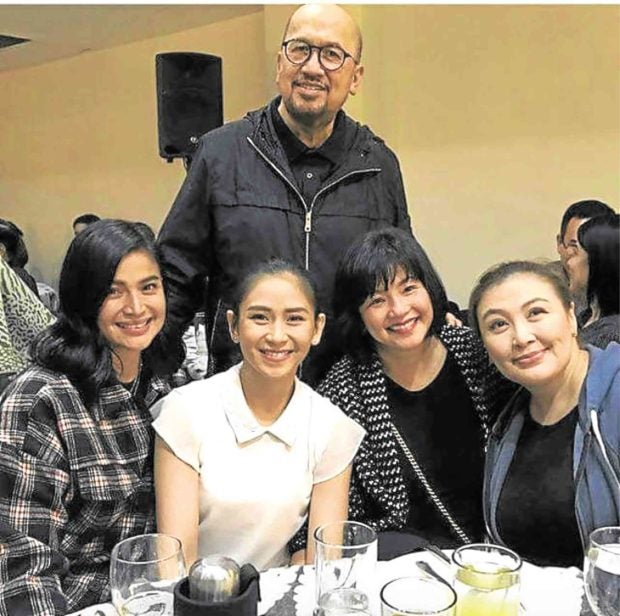 Although it was a sad, solemn occasion, Viva big boss Vic del Rosario had a reason to smile.

“I’m so happy that they came for my mom,” Boss Vic told the Inquirer. “It feels great seeing them together and that they are still very popular. I hope to do more projects with them!”

Viva’s panganay (firstborn), Mega wrote on Facebook that she’s an ardent Regine-ian and would love to share the concert stage or the big screen with the Songbird. “50/50! Movies, CDs, concerts—basta the two of us together!”

Sharon made sure to snap a pic with Regine that night, but failed to corner Sarah. “There were too many people after her song number, and I was not able to get a hold of her.”

Sharon, however, was able to “confront” Anne, her main rival for Korean superstar Gong Yoo’s “heart.”

Half seriously, half jestingly, Sharon quipped that she was able to convince Anne to concede and give up the heartthrob. “She should enjoy married life first,” Sharon exclaimed. Mega then showed Anne her snapshots with Gong Yoo and swore they were not in any way photoshopped! —BAYANI SAN DIEGO JR.