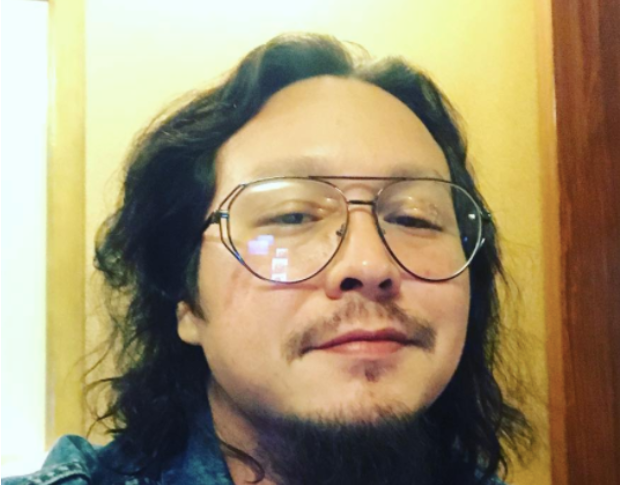 Instead of being irked by rumors saying he’s dead, Baron Geisler said there’s some truth to it.

Lately, there have been false information circulating that the troubled actor has passed away. In a tweet by netizen John Paul Caunan (@JOPETcaunan), he shared and pointed out a photo of Geisler accompanied by a headline saying he’s dead. The netizen said he checked the site and saw it was not legitimate. 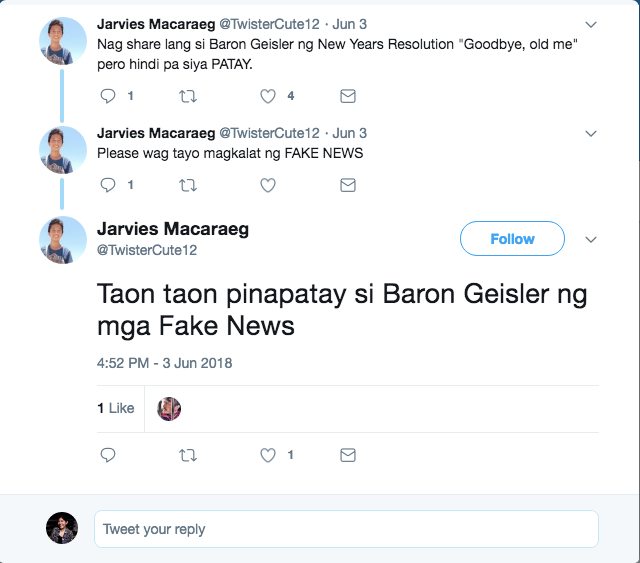 Geisler shared the netizen’s said post. He thanked him for backing him up and remarked: “Siguro yung old self ko [patay] na. Hehe. May konting truth ang news.” (Maybe my old self is dead. There’s some truth in the news.) 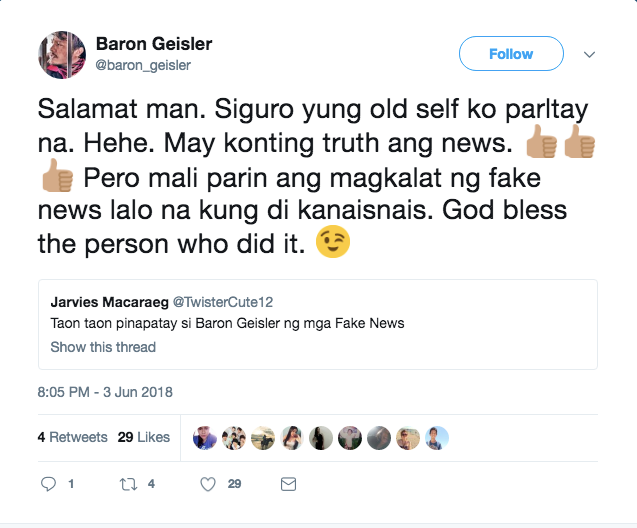 But also took to Facebook on Monday, June 4, to assure fans that he is “alive and well.” Geisler also asked the public not to believe rumors about his supposed death: “Ibig sabihin lang niyan mas hahaba pa buhay ko.” (That only means I will have a longer life.)

The troubled actor is currently in rehab to treat his alcoholism. He spoke about this in a Facebook post last May 30: “Recovering from addiction is hard but possible if I am willing to accept that I have a problem/[disease] which is alcoholism that made my life unmanageable.”

“I just have to work the steps because it works if you work and do it a day at a time,” he said about his efforts to get better. “By God’s grace nothing is impossible and opportunities are limitless if I totally surrender and take it seriously.”

Baron Geisler to go back to rehab; swears to ‘take this very seriously this time’