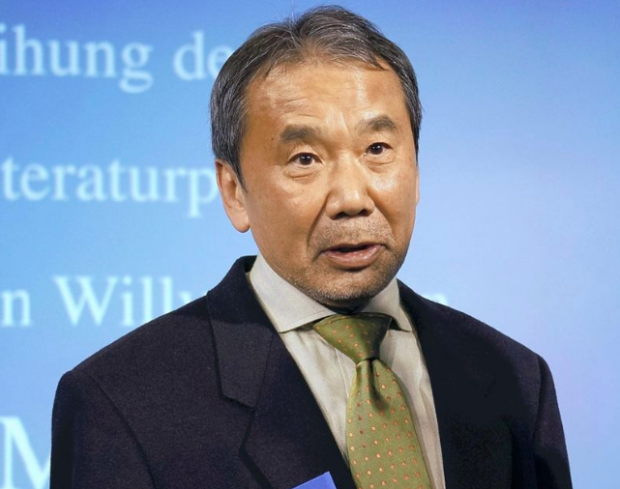 TOKYO — Novelist Haruki Murakami will make his debut as the disc jockey of a radio show this summer, sources said.

The show, “Murakami Radio,” will start on Aug. 5 on Tokyo FM and its 37 network FM stations. With “Run & Songs” as the show’s theme, Murakami, 69, will select the songs himself and talk in a relaxed atmosphere.

According to the sources, Murakami has never appeared on any Japanese TV or radio programs. The new show is likely to attract a lot of attention as a precious opportunity to listen to his voice firsthand.

The 55-minute show will start at 7 p.m. on most of the stations.

Murakami has a personal attachment to radio. The novelist, who ran a jazz cafe when he was young, is very knowledgeable about music. He is also a longtime avid runner who has completed many full marathons.

In the radio show, he will bring and play the music he listens to while running. He will give commentary on the pieces and talk about his personal memories about them. He is also planning to discuss the relationship between running and writing.

According to Hiroshi Nobue, the show’s producer, Murakami said he decided to host the show because he wanted to share a pleasant time with listeners, and he hoped to make it a personal show in which he can play his favorite music and talk about his favorite subjects.

A special website (http:// www.tfm.co.jp/murakamiradio/) is currently asking listeners to send in questions about music to Murakami until June 10.