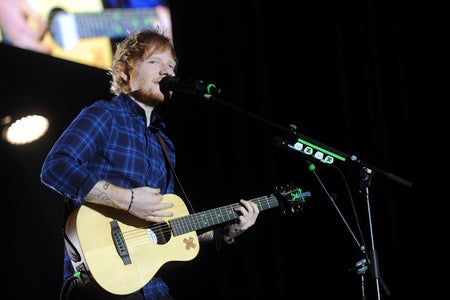 The inescapable singer won the prize Thursday for his “exceptional body of work” in 2017, including his chart-topping album “Divide”. Sheeran’s hit “The Shape of You” took the prize for most-performed song of the year.

The awards, named for early 20th-century musician and songwriter Ivor Novello, are presented by the British Academy of Songwriters, Composers and Authors. CC

Ed Sheeran: ‘I’m just a boy with a one-man show’