Neil Portnow to leave post as Grammys CEO in 2019 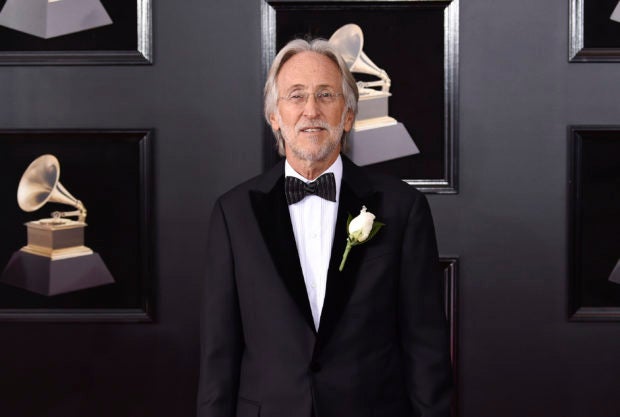 In this Jan. 28, 2018 file photo, Neil Portnow arrives at the 60th annual Grammy Awards in New York. Portnow will step down as president and CEO of The Recording Academy and the Grammy Awards next year. The organization announced Thursday, May 31, that Portnow chose not to seek an extension on his current contract, which ends next year. He has led the academy since 2002. Image: Invision/Evan Agostini via AP

NEW YORK (AP) — Neil Portnow will step down as president and CEO of The Recording Academy and the Grammy Awards next year.

The organization announced Thursday that Portnow chose not to “seek an extension on his current contract,” which ends next year.

Portnow was criticized at the Grammys this year when he said women need to “step up” when asked about the lack of female winners backstage. Only two female performers won awards during the live telecast.

Portnow later said his words were taken out of context and he now understands the pain his “poor choice of words” has caused. The remarks were criticized by Pink, Sheryl Crow, Katy Perry, India.Arie and others.

“When I had the honor of being selected to lead this great organization in 2002, I vowed that on my watch, for the first time in our history, we would have a thoughtful, well-planned, and collegial transition. With a little more than a year remaining on my current contract, I’ve decided that this is an appropriate time to deliver on that promise,” Portnow said in a statement.

The academy said Portnow made the announcement at the company’s semi-annual Board of Trustees meeting last week. Over the next year he will continue to work on a transition plan with the organization.

Before leading the academy, Portnow served on the organization’s Board of Trustees. His 16-year run, the longest for a president at the academy, has been met with some criticism. For years the music community felt that the Grammys were out of date, giving out awards to older musicians and acts from the jazz, rock and country music worlds, and continually dismissing rap and R&B musicians, though those genres heavily dominate pop music. Kendrick Lamar, Beyonce, Eminem and Mariah Carey are among the acts who were on track to win top awards like album of the year at the Grammys, but constantly walked away without the big wins.

But the biggest setback for Portnow came this year at the show, where men dominated in nominations. Lorde, the only woman nominated for album of the year, didn’t get a chance to perform at the show, which was met with criticism. Three separate letters from music executives demanded a revamp at the academy.

Some of Portnow’s highlights over the years include leading the charity MusiCares and helping the Grammys establish online voting. CC