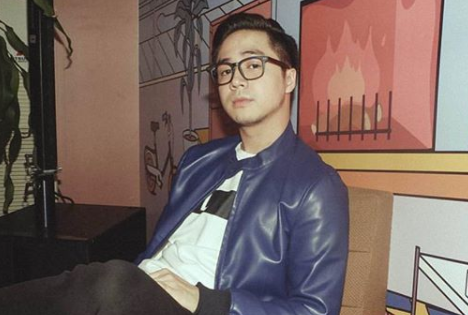 It seems like singer-dancer-actor Sam Concepcion is tired of the toxicity in social media these days. There’s a saying that anything in excess is bad, and social media, too, has its dangers when used without restraint.

Concepcion took to his Twitter two days ago, May 30, to air his grievances against social media. Concepcion uses social networking platforms as a means to reach out to his manifold followers about his music and latest projects, but it appears even he has a certain threshold when it comes to social media.

“The toxicity in social media is so disgusting sometimes,” wrote Concepcion.

In a followup tweet, he added, “If you’re under 18 and you’re toxic online, your mom better know what you’re doing. If you’re an adult on the other hand, well u have some growing up to do.”

If you’re under 18 and you’re toxic online, your mom better know what you’re doing. If you’re an adult on the other hand, well u have some growing up to do. 🤷‍♂️

Concepcion did not name any names or gave any hint on what precipitated his tweets, but it may also be that he was just speaking generally and sharing his own point of view.

“It’s interesting how I got zero negative feedback from this,” Concepcion tweeted last night. “Everyone agrees. So even the trolls know this is true?”

It’s interesting how I got zero negative feedback from this. Everyone agrees. So even the trolls know this is true?? 🤷‍♂️🤨

Many did agree with Concepcion, with some netizens replying to his tweet to share their own insights.

A certain Joanna (@joannadg) also shared her take yesterday, saying that there was too much noise in social media. “People nowadays tend to be more concerned about peripheries. There’s too much noise. We need to look inward. And people have got to take a hard look in the mirror.”

“Of course this is true. That is why it’s crucial to feed people with positive and good vibes,” one Nada (@cyrusnada) said today. “Be a good model to everyone. People will always have negative comments but offer them with kindness instead. They’re those who needed it badly.”  /ra

Sam Concepcion loses cool at troll who called him ‘laos’