Actress Yen Santos gave lighthearted replies to her fans and followers asking about a sexy photo she recently uploaded on social media.

Santos’ Instagram post last May 26 showed her in several photos wearing a sexy red bikini, while posing in front of a pool. 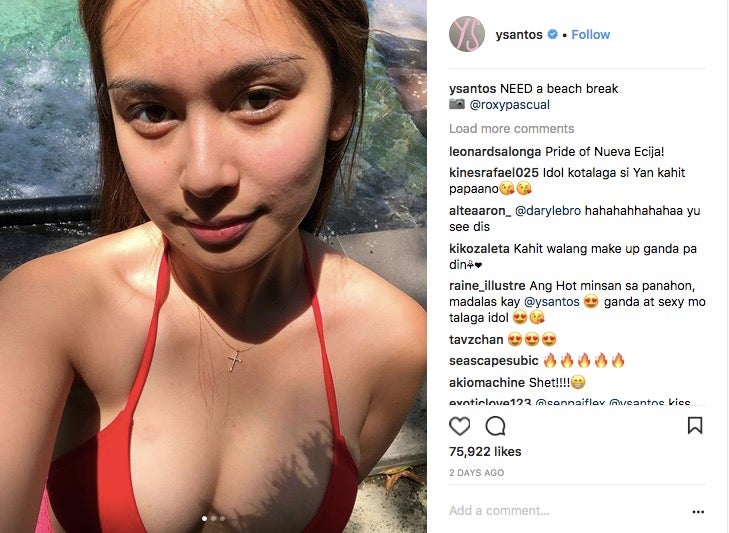 Another netizen, Nico (@senpaiflex), asked about a red blemish on Santos’ chest which he assumed to be a kiss mark. Santos clarified that it was not a kiss mark, but simply a natural reddening reaction of her skin when under the intense heat of the sun.

Santos will star in an upcoming TV drama series titled “Ang Halik Mo (Your Kiss)”. Joining her in the main cast are Jericho Rosales, Sam Milby and Yam Concepcion.

She previously worked with Piolo Pascual in 2017 for the feature film “Northern Lights: A Journey to Love”. The film was set in Queenstown, New Zealand. The actress admitted that she was overwhelmed by her romantic scenes with Pascual. JB