What Jodie Foster loves about her role in latest flick 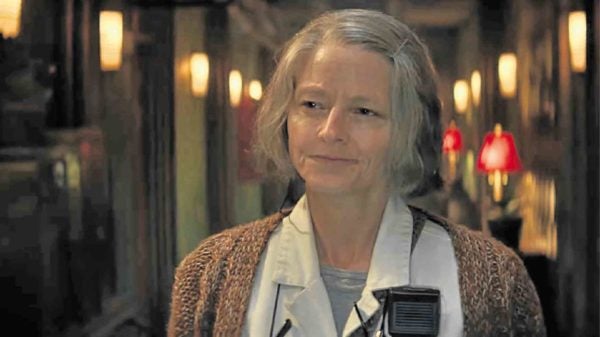 LOS ANGELES—Jodie Foster does not often act in movies these days because, as she says, it takes her years to find something that she is really interested in. The former child star who blossomed into an award-winning actress and director found one in “Hotel Artemis.”

In this recent chat, we got to catch up with the mother of two sons. Excerpts:

This character is such a departure from anything we have ever seen you in. The thing I love about the movie is how original it is. I am sick and tired of seeing the same old movie over and over again in the mainstream franchise films. There’s something so beautiful about the combination of this almost nostalgic, retro, vintage Wong Kar-wai universe mixed with this science-fiction horror kick-ass young film with a lot of energy.

I love how Drew is able to balance that. The character was why I wanted to do the film. I found the script mysteriously and called them before they even released it. I am so picky that it takes me years to find something I’m really interested in. But when I do, I know that’s something I want to immediately do.

This film is set in Los Angeles 20 years from now. How about you—how do you picture LA in 2028? I am so proud of being from California and being a Californian right now. I feel that this is a great moment in American history to be the state that is making a difference.

I was born and raised in Los Angeles, so I have a lot of hope that we will lead, both in technology and social politics. So I am confident that we will be better off than we think.

In this film, you allow yourself to look older. How do you feel about getting older in real life? It’s an interesting topic for all of us who are over 40. I really wanted a transformation in the film. I wanted a character who was totally different from who I am. I am very excited about acting as I get older. There is a richness and rawness to a face that has seen a lot of tragedy and comedy.

I am not a particularly vain person. I didn’t make my career as an actor based on my looks.

How about the pressure to look glamorous? I feel no pressure about that. It’s just not my personality. That is a difficult distinction as an actor, because so much of what you do is judged by your physicality.

I don’t like to shop. I sometimes wish I [did]. I have to hire other people who are interested in it because I’m not (laughs). Those weren’t the characters I was interested in playing.

Riffing on the movie’s title, what are some of your interesting hotel experiences, especially from your younger days? Because I made movies my whole life, I grew up in hotels with my mom. We would be in a hotel room for a couple of months. We had a whole hotel life. We’d buy things at the market and if it was cold enough outside, we would leave it outside because we didn’t have a refrigerator.

We would do our laundry. There were rules, like if you were going to eat in bed, you have to put a towel down, because you don’t want to be sleeping with crumbs.

My fondest memory of being in a hotel was being at Holiday Inn, when I was 12 doing “Bugsy Malone.” There weren’t many Americans. There were mostly English actors. We were all kids, but a lot of us were staying at Holiday Inn in Hounslow. It’s right next to Heathrow, and it’s not a pretty place. They had ping pong. There was the smell of chlorine, but I had never had so much fun in my life. 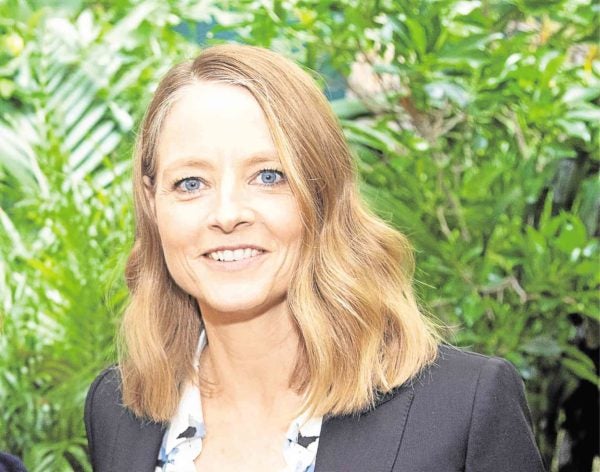 Some people lovingly call you “BLT” for bossy little thing. But you must be one of the nicest bosses in Hollywood. Oh, I don’t know about that (laughs). I can be too controlling. With my children, they complain about it all the time that I can be too controlling. I have especially tried to work on that as a director because you’re always balancing two impulses as a director. So I am always trying to balance the idea of controlling and freeing people.

Do your kids call you “BLT” or something else? No, they are not too bad. My older son is 20, and my little one is 16. They don’t have any issues with me.

What are your thoughts on the Time’s Up and #MeToo movements? I don’t think anyone needs to hear another actor talk about it in a way. What we need are actions. We need consciousness-raising. And like all social justice movements, we should learn from the mistakes we made in the civil rights movements.

There are reports that your mother is ailing. Is that true? My mother couldn’t be doing better (laughs). She is going to outlive all of us. I feel very grateful that I get to be there for her.

She wants to live on her own, so she lives on her own, but with many caregivers.  She is very far down the path of dementia.  But all she wants to do is watch movies. Her two favorite things in the world was watching movies and eating, and that is what she still does. It’s a difficult path as our parents get older.

How do you keep your life and work balanced? Who keeps you grounded? It’s easy to be very isolated in Los Angeles, especially if you are an introvert, if you are relentlessly independent and not asking anyone for help.

But my family grounds me. And having children always changes your life. Recently, there was a premiere of this movie. Both my boys came and brought two friends.

Then at midnight, a whole bunch of boys came. I was like, this is when you are starting the evening, at midnight? They are in the room raiding the pantry, eating seaweed and drinking Orangina.

When you received the Cecil B. DeMille Award in the 2013 Golden Globes for lifetime achievement, you delivered your sort of coming-out speech. Looking back, how do you feel about that speech? Five years ago… it was a great night. It was an honor to be there and when you say something is a Lifetime Achievement Award, it’s not about your last movie. It’s about what you achieved in your lifetime.

For me, I couldn’t do that without celebrating and honoring that it was a transition in my life. I knew that I was moving and changing what was past and what was future.

What’s next for you? I’m looking forward to doing more in cable and streaming because I really feel like that is the future of narrative storytelling.

Read Next
PH concert a chance to see Guns N’ Roses ‘in this lifetime’
EDITORS' PICK
High inflation: Your P1 is now worth only 87 centavos
Geek out at TOYCON 2022 powered by Smart Signature
Unemployment rate up to 6% in May
UK’s Boris Johnson will resign, BBC reports
High-risk pregnancy: Reducing your risk is in your hands
House energy committee chair Arroyo bats for cheap electricity
MOST READ
Suspect in grisly killing of missing woman in Bulacan arrested
Kim Atienza’s daughter flaunts bikini body in response to critics of her ‘revealing photos’
Number of active COVID-19 cases in PH breaches 11,000
Ex-Defense chief Lorenzana is the new BCDA chair
Don't miss out on the latest news and information.