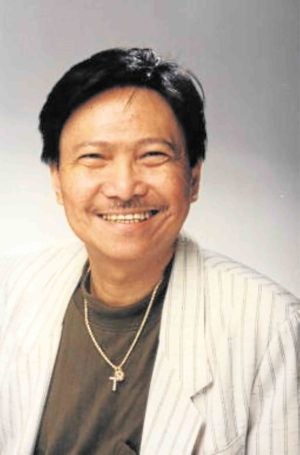 Winston Raval, the jazz musician who, together with his 1970s band Vanishing Tribe scored some of Ishmael Bernal’s finest films, is this year’s recipient of Gawad Urian’s lifetime achievement award.

This is the first time the Manunuri ng Pelikulang Pilipino (MPP), the group of film critics behind the award-giving body, has bestowed the Natatanging Gawad Urian title to a film scorer.

“After 40 years, it’s high time for us to acknowledge the contributions of movie scorers to Philippine cinema. And what he had contributed was substantial,” MPP president Rolando Tolentino said of Raval, whose scores melded jazz music with the sounds of instruments indigenous to the Philippines and other Asian countries.

“Raval introduced a new musical idiom to Philippine cinema,” Tolentino told the Inquirer at a recent press conference announcing the nominees at the 41st Gawad Urian, which will be held on June 14 at the ABS-CBN Vertis Tent.

Together with the Vanishing Tribe, Raval has scored 22 films—most of which were helmed by Bernal: “Nunal sa Tubig,” “Ikaw ay Akin,” “Manila by Night,” “Relasyon” and “Himala.” He also crafted the music for “Jaguar” by Lino Brocka. —ALLAN POLICARPIO