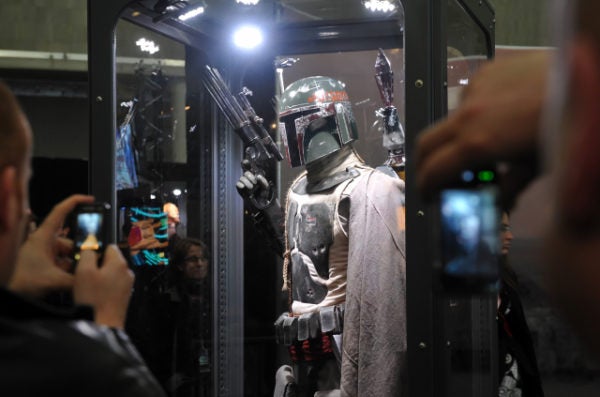 “Star Wars” fan favorite Boba Fett is to get his own spin-off movie in Lucasfilm’s epic space franchise, US entertainment media reported on Thursday.

“Logan” and “Cop Land” director James Mangold has been tapped to write and helm the standalone movie, according to the Hollywood Reporter, following spin-offs “Rogue One” (2016) and “Solo” which hits theaters this weekend.

Boba Fett, who has developed something of a cult following, has been played by various actors, starting with Jeremy Bulloch, who also appeared in several James Bond films in the 1970s and 80s.

The bounty hunter’s first film was “The Empire Strikes Back” (1980), although he has subsequently been worked digitally into the original movie, “Star Wars: Episode IV – A New Hope” (1977).

Fett was seen careening into the deadly Great Pit of Carkoon — home to the many-tentacled, sharp-toothed “sarlacc” monster on the desert planet of Tatooine — in “Return of the Jedi” (1983).

He then appeared in George Lucas’s much-maligned prequel trilogy, and his story is picked up in the animated television series “Star Wars: The Clone Wars”.

He turns up, apparently having survived his scrape with death on Tatooine, in much of the “Star Wars Legends” fan fiction which is no longer considered canon.

“Some sources close to the project stress that the Boba Fett movie is in development, and not yet greenlit or dated. As they have before, things could always change,” Entertainment Weekly said.

Josh Trank (“Fantastic Four”) was developing a Boba Fett spinoff in 2015, but dropped out, citing the enormous pressures of being involved with the franchise.

Disney-owned production company Lucasfilm reportedly has several other “Star Wars” projects in the pipeline, including an origin story on Luke Skywalker’s mentor Obi-Wan Kenobi, with Stephen Daldry (“Billy Elliot” “The Crown”) in talks to direct.

The studio has not made any official announcement on release dates for the Boba Fett movie or the other projects and didn’t respond to a request for comment.

The next “Star Wars” release looks set to be the ninth episode in the main series, which is slated to hit US theaters on December 20, 2019, directed by J.J. Abrams (“Star Trek”, “Star Wars: The Force Awakens”). CC