Book by ‘Game of Thrones’ author to be animated film 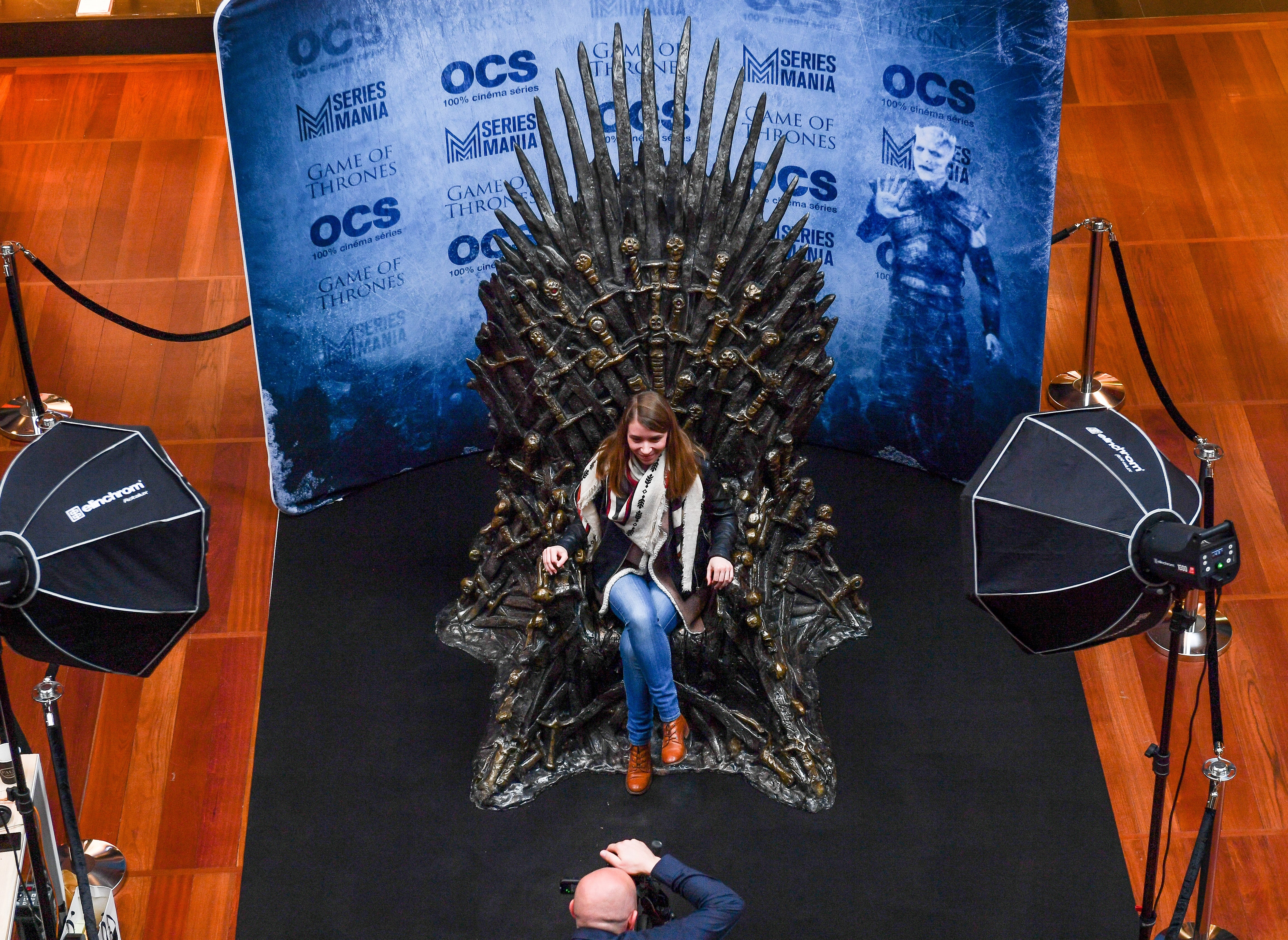 A woman sits on the throne of the US television serie Game of Thrones as she poses for a photography, at the Series Mania festival dedicated to TV series on April 27, 2018 in the French northern city of Lille. (AFP)

NEW YORK–Warner Bros is set to produce an animated film based on an early book by the author of the “Game of Thrones” saga, a source familiar with the matter told AFP Wednesday.

The report, which first appeared on the specialty website Deadline, says that author George R.R. Martin will produce the film based on “The Ice Dragon,” published in 1980.

The book, written for young people, appeared well ahead of Martin’s “Game of Thrones” series and does not take place in the land of the Seven Kingdoms, the setting of the “Thrones” medieval fantasy series.

George R.R. Martin fans are eagerly awaiting the sixth “Game of Thrones” series, titled “The Winds of Winter,” which has been promised since 2012.

In late April, the author announced that readers will have to wait at least until 2019 to see the book published.

Martin has fallen so far behind in his book writing that the hit HBO TV series has already gone past the storyline in the books.

The much anticipated eighth and final season of HBO’s “Game of Thrones” is expected in 2019.