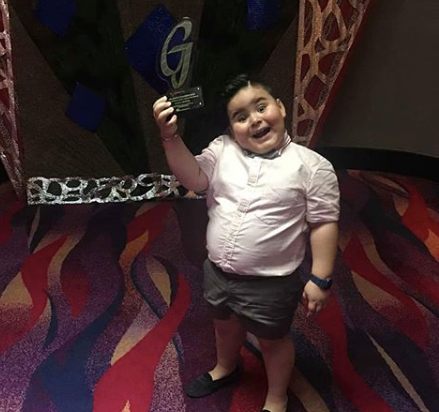 After lengthy deliberations, the Guillermo Mendoza Memorial Scholarship Foundation finally announced the winners on Monday at the Resorts World Manila.

“Maraming-maraming salamat po sa (Thank you very much) Guillermo Mendoza Awards. Happy na happy po ako (I am very happy). This is for you, Lord. Thank you po for everything,” he said as he received the award.

He also thanked his mom, his little brother Samsam, his family in General Santos City, and all his supporters as well as “Mam Jenny,” his boss in Eat Bulaga. /ee