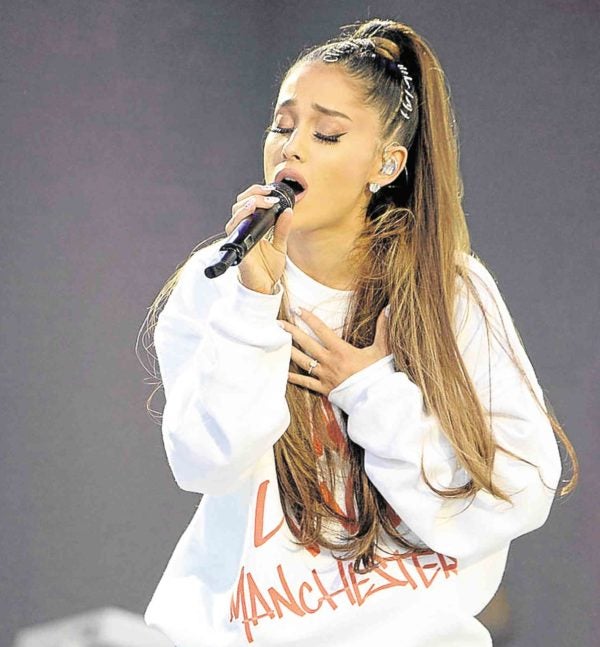 It has been a year since a terrorist attack at Ariana Grande’s Manchester concert claimed 22 lives, but to this day, the tragic incident still weighs heavy on the pop star’s heart.

“There are so many people who have suffered such loss and pain. The processing part is going to take forever,” she told Time magazine for its “Next Generation Leaders” issue. “You think with time it will become easier to talk about, or you will make peace with it, but every day I wait for that peace to come and it’s still very painful.”

“Music is supposed to be the safest thing in the world,” added the singer, who mounted a fundraising concert for the benefit of the survivors of the attack, which she described as “the absolute worst of humanity.”

“The last thing I would ever want is for my fans to see something like that happen and think it won,” Ariana said.—ALLAN POLICARPIO