At the closing ceremony for the 71st edition of the French Riviera extravaganza, the Cate Blanchett-led jury selected one of the festival’s most acclaimed entries, one hailed as a modest masterpiece from a veteran filmmaker renowned for his delicate touch. “Shoplifters” is about a small-time thief who takes a young girl home to his family; after seeing scars from abuse, they decide to keep her and raise her as their own. 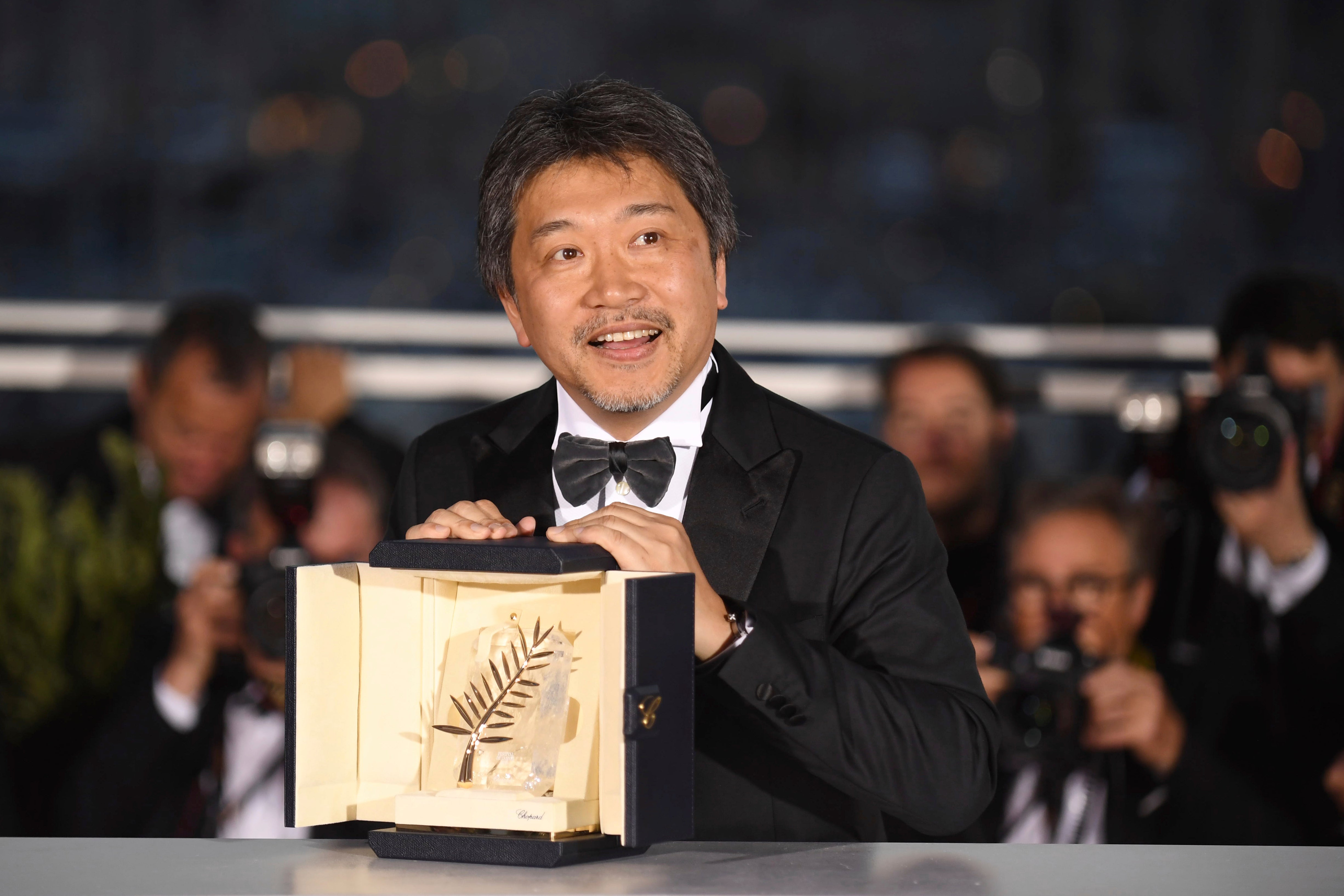 While many speculated that the Cate Blanchett-led jury might award only the second Palme d’Or to a film directed by a woman, the most likely contender — Lebanese director Nadine Labaki’s “Capernaum” — was instead given Cannes’ jury prize. The film drew a rousing standing ovation at its premiere Thursday but less enthusiastic critic reviews for its tale of a 12-year-old boy living in poverty who sues his parents for bringing him into such a cruel world.

Spike Lee’s “BlacKkKlansman,” the highest profile American film in competition at Cannes, was awarded the grand prize. The film ignited the festival with its true tale of a black police detective who infiltrated the Ku Klux Klan. Lee connected the film to modern day with real footage from last year’s violent white supremacist march in Charlottesville, Virginia. 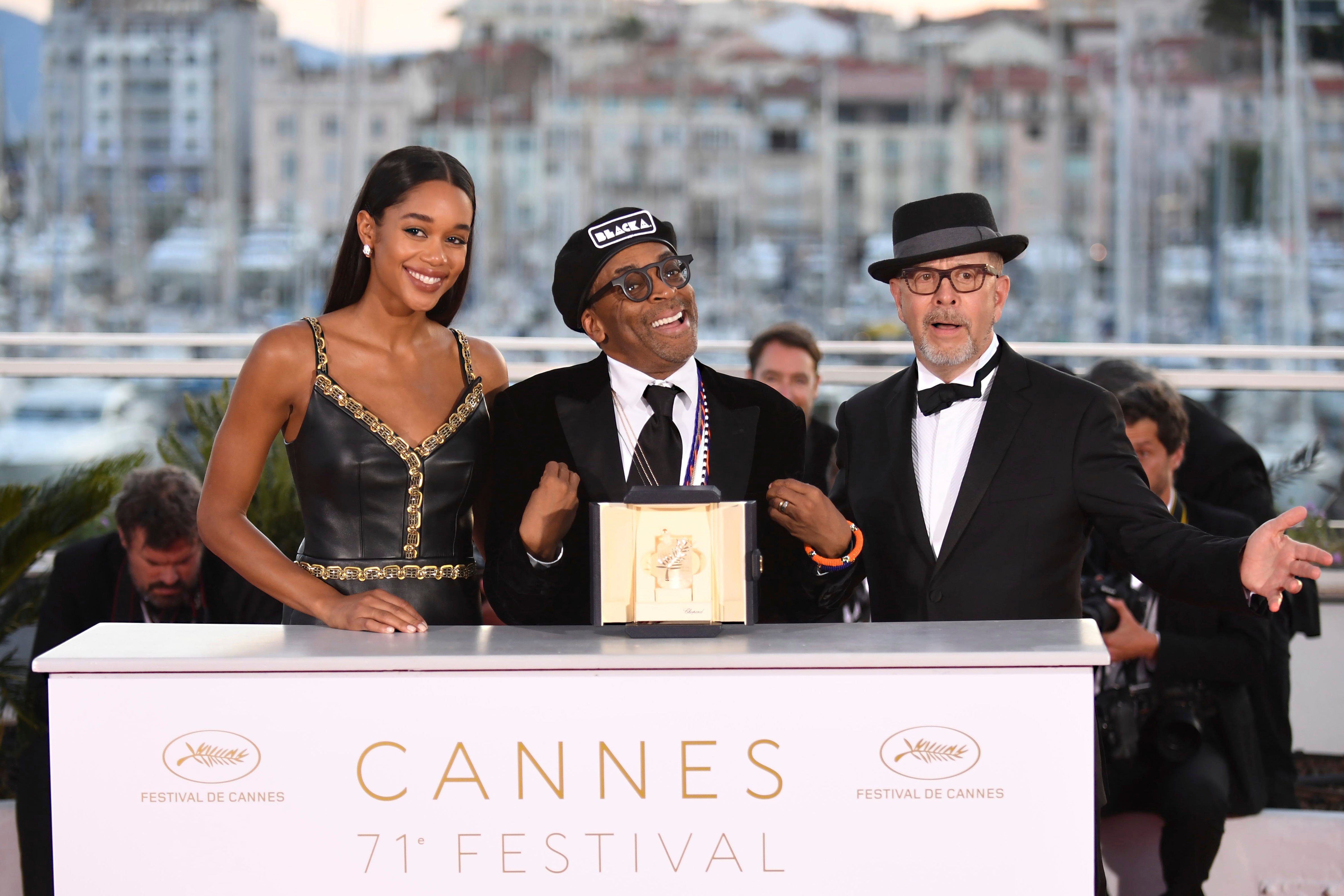 “I take this on the behalf of the People’s Republic of Brooklyn, New York,” said Lee, accepting his award.

Polish filmmaker Pawel Pawlikowski took best director for his follow-up to the Oscar-winning “Ida,” ”Cold War.” Like “Ida,” ”Cold War” is a black-and-white period film that delves into Polish history. The first Polish film in Cannes’s competition in 37 years, “Cold War” is about an up-and-down romance in post-war Poland and Paris, behind and outside the Soviet Iron Curtain.

Pawlikowski has been critical of Poland’s current right-wing government.

“I’m showing history through people, through emotions with all its complexities and paradoxes. To show history like that is really important these days, to go against the tendency to push everything into ideological narrative,” he said. “The fact that it’s appreciated here will make a difference in Poland. Poland is an interesting country. It’s not how it appears to outsiders these days, believe me.”

The prize for best screenplay was split between Italian writer-director Alice Rohrwacher’s time-warped fable about a poor farm boy in rural Italy “Happy as Lazzaro” and Nader Saeivar and Jafar Panahi’s script for “Three Faces.” On Sunday, Deadline reported that “Happy as Lazzaro” was acquired for North American distribution by Netflix, which pulled its films from Cannes this year in a dispute over theatrical distribution of its titles in France.

Panahi has been banned from traveling outside Iran since he was arrested for participating in “propaganda against the regime” in 2010 after supporting mass protests over the country’s disputed 2009 election. Both Panahi and Russia’s Kirill Serebrennikov were unable to attend their Cannes premieres because they are barred from traveling out of their home countries.

A “Palme d’Or Speciale,” a special first-time award, was given to Jean-Luc Godard for “continually striving to define and refine what cinema can be,” said Blanchett. Godard’s “Image Book” is a film essay collage that contemplates the West’s relationship to the Arab world. The 87-year-old French filmmaking legend called into his Cannes press conference via FaceTime.

Cannes and the fight for gender equality

The 12-day festival was the first since the downfall of Weinstein, who was for decades an annual fixture in Cannes. In the aftermath, this year’s festival was shaken by debate over gender equality in the film industry and at Cannes. In a striking rally, 82 women — the same number of female filmmakers to ever be selected to Cannes competition lineup — stood on the Palais red-carpet steps in what Blanchett called “a symbol of our determination to change and progress.”

Some changes were swift. Just days later, with Blanchett’s jury looking on, Cannes’ Artistic Director Thierry Fremaux signed a pledge to make the festival’s selection process more transparent and promised other measures to improve the festival’s record of including female filmmakers.

It was also a part of Saturday’s closing ceremony. Argento raised a fist high on the red carpet. The actress has said Weinstein raped her at the Cannes Film Festival in 1997. (Weinstein has denied all accusations of non-consensual sex.) 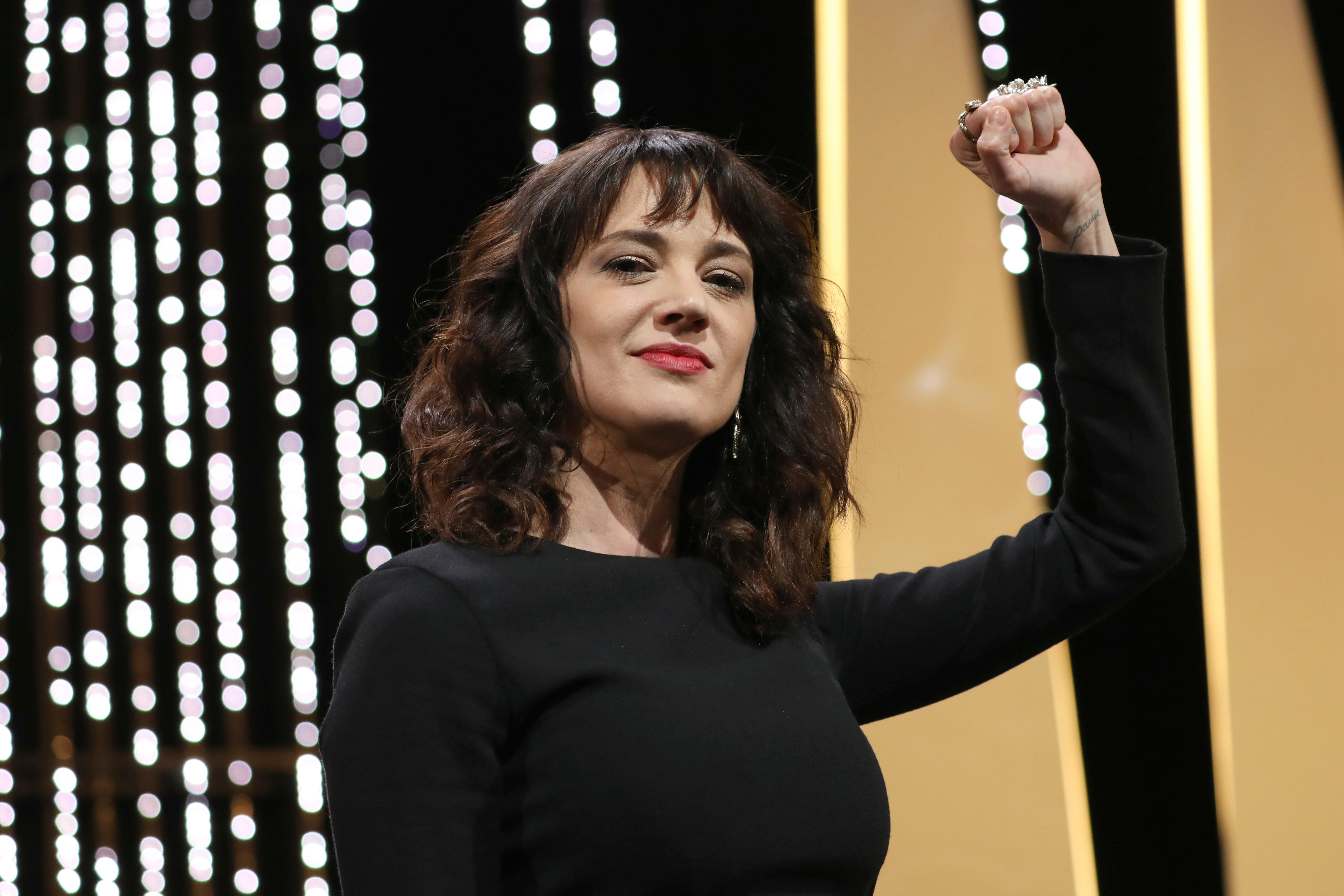 “In 1997, I was raped by Harvey Weinstein here at Cannes. I was 21-years-old. This festival was his hunting ground,” said Argento at the ceremony. “I want to make a prediction: Harvey Weinstein will never be welcomed here ever again.”

“And even tonight, sitting among you, there are those who still have to be held accountable for their conduct against women for behavior that does not belong in this industry,” said Argento. “You know who you are. But more importantly, we know who you are. And we’re not going to allow you to get away with it any longer.”

Following last year’s Cannes, jury member Jessica Chastain was critical about the female representation on view in that year’s films. Blanchett told reporters Saturday that her concerns were primarily behind the camera. Three of this year’s 21 films in competition were directed by women.

“All of us, men and women alike on the jury would love to see more female directorial voices represented,” said Blanchett. “I feel that there’s a very strong drive within the organization of the Cannes Film Festival to make sure they explore, with a curious hat on, female perspectives. There perhaps weren’t as many female driven narratives as I would have liked but there certainly some powerhouse female performances.” NVG